He is the successor of Gary Kedgley, who is going into retirement and will be responsible for the Romaco Group’s sales and service activities worldwide 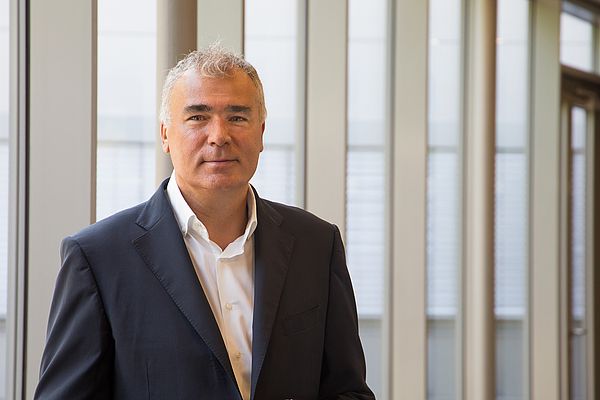 Pietro Tomasi has been appointed the Romaco Holding’s new Vice President Sales & Service. He succeeds Gary Kedgley, who has held this position since 2006 and will be retiring at the end of the year. The Romaco Group management would like to thank him for his valuable contribution to the successful marketing of the pharmaceutical machinery manufacturer’s products. Mr. Tomasi has been at the helm of the Romaco Group’s global Sales & Service organisation since July 2019. He is responsible for expanding and developing both the international Romaco Sales & Service Centres (SSC) and the Group’s worldwide network of agents. The supplier is aiming to establish a strong presence around the globe in this way, so that customers can profit directly from the know-how of a specialist for solid pharmaceuticals in their local region.

Pietro Tomasi was born in the Italian province of Ravenna and began his professional career back in the eighties as a service technician at IMA in Bologna. In the early nineties, he joined the sales team at the Marchesini Group, an Italian supplier of pharmaceutical packaging machines. After several years in the UK, where he built up Marchesini’s British branch, he gradually took on more and more responsibility for expanding and organising international sales structures. Prior to joining Romaco, he spent nearly two decades as the Italian Group’s Commercial, Sales and Marketing Director.  “We’re delighted to have Pietro Tomasi on board the management of the Romaco Group”, emphasised Jörg Pieper, CEO Romaco Group. “He’s a man who knows what he’s doing and what he’s talking about. Mr. Tomasi is thoroughly familiar with all the ins and outs of our industry and is very proactive when it comes to establishing the Romaco brand as a global player in the long term.

Use of Existing Infrastructure to Transport Green Hydrogen