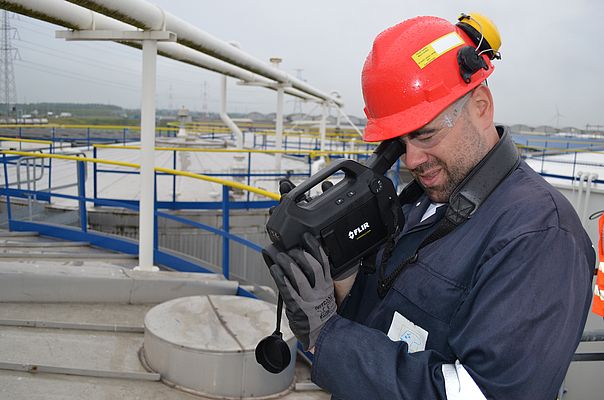 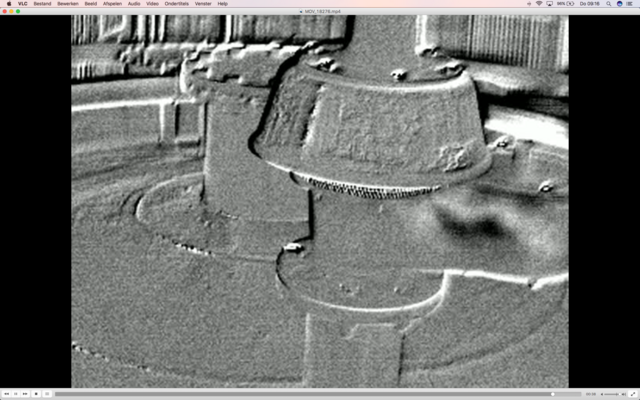 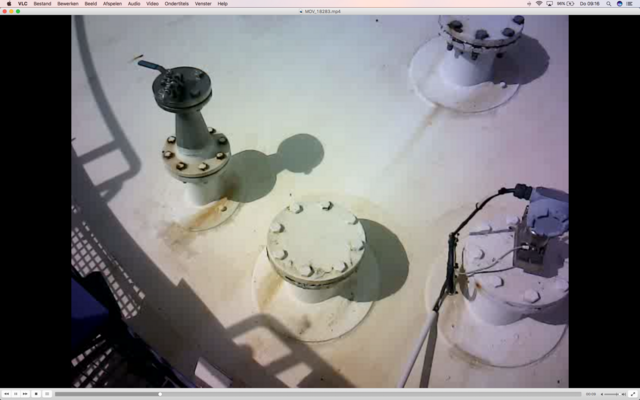 Antwerp Distribution and Products Operations (ADPO) is located on the left bank of the river Scheldt in the Port of Antwerp, Belgium. The site of 32 hectares wide combines all aspects of physical distribution of liquid bulk products and operates 290.000m³ of tank storage capacity.

The Sniffers is an independent service provider, which identifies current and future leaks in pipelines and installations in the oil and gas, petrochemical and chemical industries and which provides advice on how to reduce emissions and energy losses, and maintain pipeline network integrity. “ADPO is well aware of its responsibilities and of environmental, safety and health regulations, which is why the organization relies on companies like The Sniffers on a regular basis,” says Bart Segers, project leader at The Sniffers. “We have been performing LDAR projects for fugitive emissions around the world for more the 25 years and optical gas imaging cameras from FLIR are an essential tool for us to get the job done more efficiently and safely.”

When inspectors from The Sniffers are on site at ADPO, optical gas imaging cameras from FLIR are the go-to tool to inspect tank roofs and walls, as well as the storage tank instrumentation (for seals, breather valves, etc.). Bart Segers says an optical gas imaging camera is so much more efficient than traditional sniffer probes (TVAs or Toxic Vapor Analyzers): “With a TVA probe, you have to approach your target really close, which is not always possible or even safe. With an optical gas imaging camera on the other hand, you can monitor large areas, like the chemical liquid tanks here at ADPO, from a safe distance. You can get an overview of the entire target without having to build scaffolds.”

“FLIR optical gas imaging cameras allow you to monitor an area very fast, which is not only a huge time benefit for us, but also for the end customer, who might be able to save thousands of euros in lost gas and lost profits. At a site like this, we typically have to monitor about 500 sources. With a TVA probe, this would take a whole day. With the FLIR camera, I can manage this in one and a half hour.”

The ADPO site in the port of Antwerp has 276 tanks of varying sizes from 150m³ up to 5.000m³ and stores more than 150 different liquids, including oil additives, intermediates, commodities, but also fine chemicals that are stored under a wide operating permit for ADR/IMO classes 3, 4, 5, 6, 8 and 9. With 120.000m³ of stainless steel tank capacity ADPO is the world’s biggest single stainless steel storage terminal. When your job is to monitor a tank storage site with such diversity of liquids, you need a detection solution that is capable of handling this. Again, optical gas imaging cameras like the GFx320 enable inspectors to visualize no less than 400 different gases, including methanol, ethanol, benzene, and many other fugitive gases.

In hazardous environments like the ADPO plant, there is always a risk of gas collecting and igniting with a stray spark or hot surface. Working in these environments therefore requires dedicated equipment. As the latest addition to FLIR’s successful GF-Series of optical imaging cameras, the GFx320 is an intrinsically safe camera that potentially eliminates the need for hot work permits in Zone 2/Class I, Div II areas, depending on company protocols. “With the GFx320, you don’t have to go through all the hassle of requesting a hot work permit,” says Bart Segers. “This can sometimes be a time-consuming process and in a lot of cases, you can’t afford to lose much time. Sometimes, we need to do inspections after a production stop. To be up and running again, customers usually expect us to get started with the inspections as soon as we can. In that case, an intrinsically safe camera like the GFx320 is a huge time saver.”

“The FLIR GFx320 is easy to carry, much lighter than any optical gas imaging camera I have worked with,” says Bart Segers. “It’s also much more comfortable to work with than the usual TVA probe gear that you have to carry around, especially when you’re on site for an entire day.” Just like any camera in FLIR’s GF-Series, the GFx320 has three imaging modes: IR image, visual image and High Sensitivity Mode (HSM). Bart Segers says that when monitoring for fugitive gas leaks, HSM is his standard mode, because it allows him to detect even smaller leaks very fast.

The High Sensitivity Mode uses proprietary video processing techniques to accentuate plume movement for a fivefold increase in leak detectability. In addition, the GFx320 is capable of measuring temperatures up to 350°C with an accuracy of ±1°C. This is critical for assessing thermal contrast between the gas compound and the background scene. “We can also take pictures with the GFx320, which come in handy when you want to report to the customer,” says Bart Segers. “The visual aspect of this FLIR detection technology is just an invaluable asset. When you can show your customer an HSM movie of a leak, they are immediately convinced. The optical gas image clearly demonstrates the severity of the leak and allows your customers to assess which actions they need to take to fix the leaks and prevent further economic losses.”

How Optical Gas Imaging Tools Promote a Culture of Safety

Controller for Radar and Ultrasonic Transmitters