It adjusts automatically the motor speed according to the flow rate 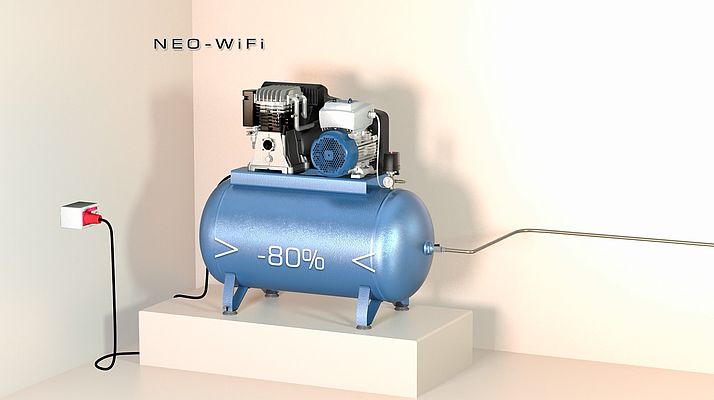 NEO-WiFI compressors control unit from motive is the evolution of the famous remote controlled patented “NEO-WiFi” drive. NEO-WiFi now controls also the compressor pressure and adjusts automatically the motor speed according to the flow rate.

With traditional systems, the motor keeps on running and consuming at 100% of its rated speed, also during no load stage With NEO-WiFi the used power decreases esponentially according to the compressor capacity that you don’t use

Traditional compressors motors run always at 100% of their rated speed, while NEO-WiFi makes the motor run only at the really needed speed

NEO-WiFi adjusts itself automatically without any need of EXTERNAL INTERVENTION