Enabling Accurate Measurement for Custody Transfer in the Hydrogen Industry

The decarbonization of energy systems has seen greater interest in the production, distribution and use of hydrogen. To ensure it can become a viable business, custody transfer for hydrogen is essential and this is now being made possible using the latest generation of measurement technologies, as Ricardo Mendes, Global Product Line Manager, ABB explains.

Although traditionally associated with the oil and gas industry, custody transfer of hydrogen is now becoming increasingly common as this alternative energy source becomes a viable substitute for a wide range of energy sectors, including natural gas. Hydrogen custody transfer presents its own unique challenges that must be addressed. A hydrogen economy can only grow if we ensure that transferring ownership of hydrogen can be done safely, effectively and with a high degree of accuracy. As a new industry, hydrogen is well placed to embrace new technologies and ensure custody transfer procedures are based on best practices from the start.

Hydrogen’s flexibility makes it a very attractive option as both an energy source and as a feedstock in the chemicals industry. Able to be combusted producing water as its main residue, hydrogen also wins because it can be produced through electrolysis processes using green renewable electricity, producing little or no carbon emissions. With more renewable energy sources such as wind and solar coming on stream, the more opportunities there are to both reduce emissions and create a green hydrogen economy, helping to further accelerate efforts to decarbonize society.

As well as its use as a clean combustion fuel, hydrogen can also be used in a wide range of industrial processes, such as metal production, the manufacture of semiconductors and fuel cells, and many others. Hydrogen is also making inroads into transport, being increasingly seen as a viable, more ecofriendly alternative for road vehicles, as well as for shipping and even for aircraft propulsion. Blending it with natural gas in existing distribution networks is considered a possible first step to contribute to the decarbonization of natural gas systems.

Building a true hydrogen economy will require the development of infrastructure and processes designed to transport, store, and trade hydrogen as a resource. This means that achieving accurate process measurement is crucial for custody transfer purposes. The challenge is that precision can be hard to maintain when measurement devices are operating in harsh field conditions. Even minor errors in readings can accumulate into a major error over time, running the risk that people lose confidence in the entire custody transfer process. For a growing industry like hydrogen, this risk must be avoided.

The fundamental challanges of handling hydrogen

Hydrogen’s physical form presents challenges in both storage and measurement. It is usable in the gas or liquid states and its low density means it is often pressurized for storage. Its low density compared to natural gas also requires metering to be both highly accurate and able to handle high flow rates. With hydrogen being nature’s smallest molecule, storage vessels are highly prone to leakage. As hydrogen is odorless and a very light gas, these can be difficult to detect. For these reasons, accurate measurements of hydrogen using traditional technologies poses a major challenge.

To make the adoption of hydrogen a success, there must be regulations in force that ensure standardization across countries and markets. With different regulations in play in different jurisdictions, custody transfer across borders can be a particular challenge. Yet it is one that must be solved, as collaboration between countries, regions and organizations is vital to allow the hydrogen industry to develop and thrive.

The problem here is that “normal conditions” rarely occur, as for custody transfer purposes, hydrogen is often mixed with other gases. Adding nitrogen or natural gas adds more complexity. This means that, as well as using the calculations set out in the standard, operators also need to understand what is happening inside the pipe to gain a “true” picture of hydrogen quantities.

It is vital to ensure that measurements are as accurate as possible, as even a small error could potentially have a huge financial impact. This means that investing in advanced measurement equipment now will reduce the error rate as time goes on. It is also critical that customers have confidence in the measurement system. Inaccurate reports can have potentially significant effects on the market, influencing commodity prices.

A wide range of factors can lead to measurement errors. These include human error, equipment that has been incorrectly calibrated, measurement equipment that is faulty or of inappropriate design, flow computers with incorrect algorithms, and drifting analog inputs. Other sources of error can include inadequate maintenance procedures or infrequent or intermittent maintenance intervention. Just one instance of an error can negatively impact and create inaccuracy to the entire custody transfer system, so it is critical to ensure that measurement is as accurate as it can be.

One method is to use a process gas chromatograph such as ABB’s PGC1000 to measure the amount of hydrogen gas present in a measured gas flow. Using hydrogen produced from low carbon energy sources can help to significantly reduce greenhouse gas emissions. When measuring for the presence of hydrogen, it is important to use a device that can account for variations in compositions and concentrations that can occur due to specific design conditions and individual country authority regulations.

While research suggests that a concentration of up to 10 percent (potentially up to 20%) of hydrogen can be safely added to the grid and does not imply a major upgrade of the existing infrastructure, it can affect the accuracy of conventional gas meters due to the reduced energy content of the natural gas stream. Consequently, for custody transfer applications, analyzers will need to be capable of measuring all components of the gas stream, including hydrogen, to be able to calculate the properties and parameters needed to meet gas sales requirements.

The ability of on-line process gas chromatographs like the PGC1000 to measure the full composition of natural gas streams enables them to provide a highly accurate measurement solution for custody transfer applications. The analyzer can accurately measure up to 20% hydrogen, together with a traditional C6+ natural gas analysis, with no need for a second carrier or additional analytical modules.

Using hydrogen as the basis of a new, cleaner economy is gaining increasing interest across industry and society in general. If this hydrogen economy is to be a success, companies selling and exchanging hydrogen must be confident in the accuracy of the process measurement techniques used. Modern techniques, such as the measurement of hydrogen concentration in natural gas, will give the industry confidence that hydrogen can be transferred accurately, allowing us to build a viable hydrogen future. 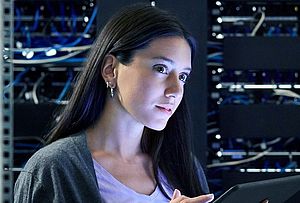 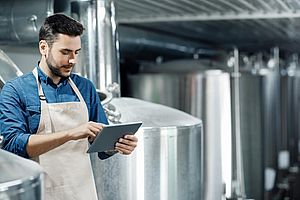 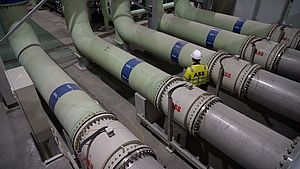 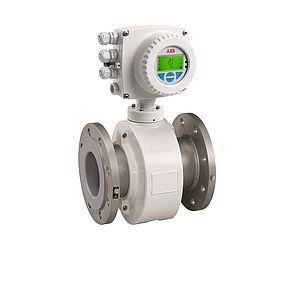 Ethernet connectivity for increased flexibility and simplicity in flow measurement 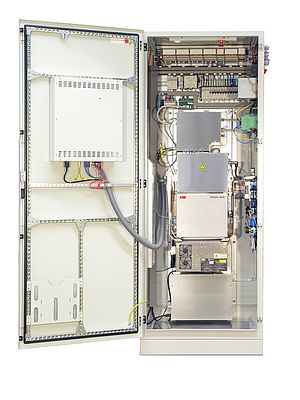 While the wheels of industry need to keep turning to produce the everyday items that we take for granted, there is a growing realization that this cannot be done at the continuing expense of the environment. 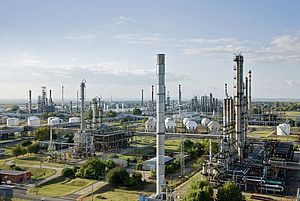 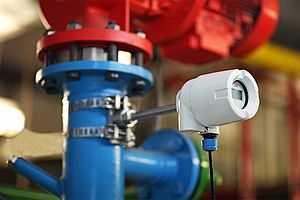 Many industrial processes depend on maintaining the correct temperatures. Ensuring that these processes remain efficient, produce goods and materials of the right quality and above all remain safe, demands accurate temperature measurement. 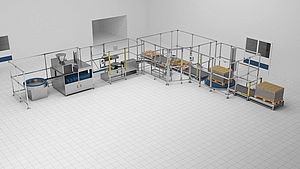 Commissioning in the Food Industry

Commissioning a new system for a manufacturing plant requires software assistance to plan effectively and with digital twinning, manufacturers can optimize its ongoing operations.