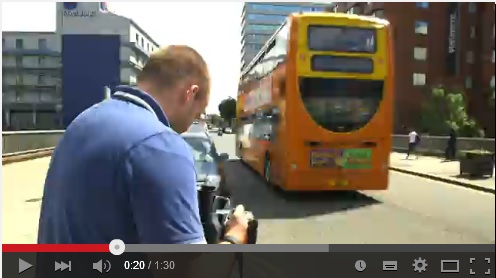 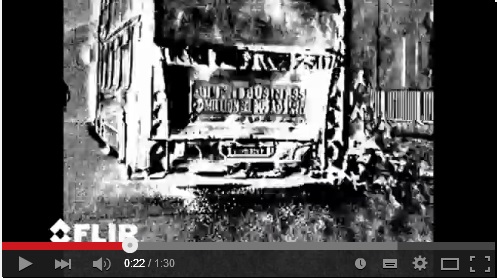 Recently the World Health Organisation (WHO) announced that air pollution kills 16,000 British people a year. In order to raise awareness of the amount of pollution produced by vehicles, Professor of Air Quality at Kings College (London) Martin Williams proposes thermal imaging as a potential means to “see air pollution as its happening”.

Professor Williams commented: “By using infrared technology you can physically see pollutants and how they spread from the source, into the air. Optical Gas Imaging (OGI) cameras based on infrared technology, that physically show pollution – whether fumes from a car, aeroplane or train – will help enormously in getting the message across”. With young children so vulnerable to pollution, Professor Williams said one of the major concerns centres on prams and push chairs being so close to vehicle exhaust level: “If parents could see what it looks like pushing their child through a band of raw pollution, they would take preventive action.”

While the World Health Organisation and other environmental groups are leading the way, and using cutting edge technology to track and monitor air pollution, this, according to FLIR Systems - Chris Brown, only scratches the surface when it comes to raising awareness about the harmful effects of air pollution and reducing its impact.

Measurement & Instrumentation
Flir's infrared technology can visually demonstrate vehicle emissions and the resulting air pollution issues, contributing to raise awareness of the potentially fatal impacts of air pollution
Share with
Print
Advertise with us
More products from this supplier

How to Evaluate Camera Sensitivity

Measurement & Instrumentation, Maintenance
Incorporating a Strained Layer Superlattice (SLS) detector that operates in the 7.5 to 9.5 micron waveband, the FLIR A6750sc SLS is able to capture all pixels from a target simultaneously in less than 190 microseconds
Read more
View all supplier's articles