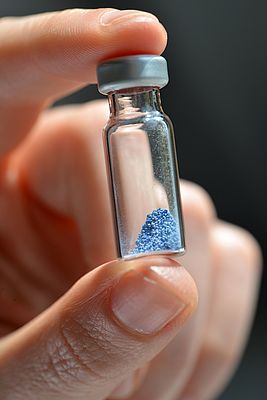 In an era of depleting mineral oil resources natural gas is becoming ever more relevant, even though the gas is difficult to transport and not easily integrated in the existing industrial infrastructure. One of the solutions for this is to apply 'gas-to-liquid' technologies. These convert methane, the principal component of natural gas, to so-called synthesis gas from which subsequently methanol and hydrocarbons are produced. These liquids are then shipped to chemical plants or fuel companies all over the world.

This approach, however, today is only feasible at very large scales. Currently there is no 'gas-to-liquid' chemistry available for the economical processing of methane from smaller sources at remote locations. This has spawned many research efforts regarding the chemistry of methane conversion.

Of all the conceptually promising smaller scale processes for the direct conversion of methane, the partial oxidation to methanol seems the most viable since it allows for lower operating temperatures, making it more inherently safe and more energy efficient.

At the focus of the team is a modified zeolite, a highly structured porous material, developed at Lercher’s research group in Munich. This copper-exchanged zeolite with mordenite structure mimicks the reactivity of an enzyme known to efficiently and selectively oxidize methane to methanol.

In their actual publication in Nature Communications the researchers provide an unprecedented and detailed molecular insight in the way the zeolite mimics the active site of the enzyme methane monooxygenase (MMO).

The researchers show that the micropores of the zeolite provide a perfect confined environment for the highly selective stabilization of an intermediate copper-containing trimer molecule. This result follows from the combination of kinetic studies in Munich, advanced spectroscopic analysis in Amsterdam and theoretical modeling in Eindhoven. Trinuclear copper-oxo clusters were identified that exhibit a high reactivity towards activation of carbon–hydrogen bonds in methane and its subsequent transformation to methanol.

“The developed zeolite is one of the few examples of a catalyst with well-defined active sites evenly distributed in the zeolite framework – a truly single-site heterogeneous catalyst,” says Professor Johannes Lercher. “This allows for much higher efficiencies in conversion of methane to methanol than with zeolite catalysts previously reported.”

Furthermore, the research showed the unequivocal linking of the structure of the active sites with their catalytic activity. This renders the zeolite a "more than promising" material in achieving levels of catalytic activity and selectivity comparable to enzymatic systems.

The research was funded by the U.S. Department of Energy, Office of Basic Energy Sciences, Division of Chemical Sciences and the EU NEXT-GTL (Innovative Catalytic Technologies & Materials for Next Gas to Liquid Processes) project. The XAS measurements were carried out with the support of the Diamond Light Source (Oxfordshire, UK). The Netherlands Organisation for Scientific Research (NWO) and SURFsara (NL) provided access to supercomputer resources. Prof. Johannes Lercher is member of the Catalysis Research Center at Technische Universität München.

Equipment & Services
If a packaging or processing line is no longer running at full capacity, a brief consultation with the general practitioner isn’t enough. What food and pharmaceutical producers need to keep their lines going at high output and product quality.
Read more

Equipment & Services
Master Bond offers a variety of easy-to-handle one and two component adhesives, sealants and coatings formulated for the assembly of medical devices
Read more

Equipment & Services
Suitable for use in 4‐stroke engines, the new SENTRON LD 8000’s extended drain intervals allow to have up to 8,000 hours between drains
Read more
Request information