In the light of achieving higher level of energy efficiency, Amadori – one of Italy’s leading companies in the agro-food sector – chose AB to build and install a biogas fueled cogeneration plant in its sites in Cesena and Teramo 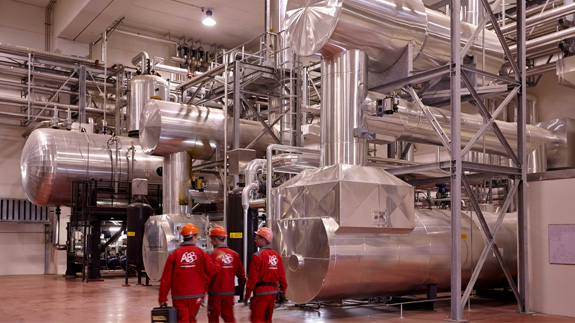 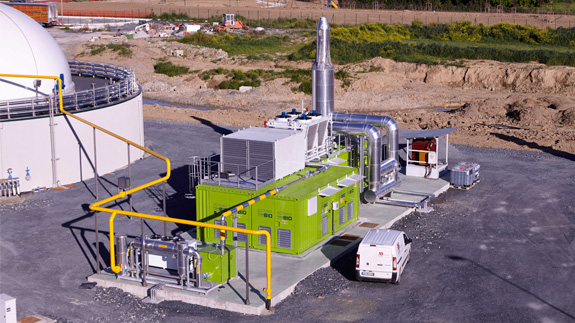 AB proves itself once again to be an important partner for Amadori, a leading food manufacturing company in Italy and Europe, especially in the poultry sector. Amadori has six plants in Italy that are cutting edge as far as organization and technology, and where great attention is paid to energy efficiency and environmental protection. Amadori has always been committed to growing in harmony with the land where its plant sites are located and to achieving a balance between consumption reduction and energy efficiency increase.

Amadori's green philosophy requires the development of an integrated energy efficiency plan, to which a new cogeneration plant has been added, a concrete solution that allows Amadori to increase its efficiency in an environmentally sustainable way.

Electrical energy is very important and so is the production of thermal energy, especially when considering the substantial and continuous demand for hot water and steam coming from the Amadori production chain. Its green economy philosophy includes an integrated efficiency plan involving several production units where cogeneration is the main technology that can meet the company's expectations. In recent months, the new biogas plant installation became part of Cesena energy hub, following a set energy development plan where AB is Amadori's partner and point of reference, both as far as the two natural gas fueled plants integrated with the power station and the biogas fueled modular plants.

The first energy efficiency facility built for Amadori, an Ecomax® 6 BIO, went to the Mosciano Sant'Angelo factory, in Teramo province. This CHP plant is fueled with biogas derived from the factory's biomass waste products, such as fats and proteins. Breading residues (oil and bread) from the fryers are also added. Approximately 16,000 kilograms of organic load fuel the anaerobic digester every day.

Through the Ecomax® 6 BIO facility, Amadori gets thermal energy (coming from the recovery of the combustion fumes and the hot water from the engine) used 100% within the plant, and electrical energy, which goes into the grid. The CHP plant produces about 14,800 kWh of electricity and 16,000 kWh of thermal energy every day.

An actual energy hub was created in Amadori's San Vittore di Cesena factory, including a thermal power plant that works together with two natural gas fueled - 3 and 4 MWe - cogeneration plants. The three steam generators (boilers) have a very high performance, equal to 95% (92% being the usual limit); the system also distributes heat (hot water and steam) in such a way as to make the best use of the cogenerator's waste heat and limit energy waste. The highly efficient new hub saves about 3,600 TOE (tonnes of oil equivalent), corresponding to about 10,000 tonnes per year of CO2 not emitted into the atmosphere, equivalent to over 20% of PES (Primary Energy Savings).

The new Ecomax® 11 BIO CHP plant was installed in the very same San Vittore Cesena site. A biodigestion system exploits slaughter waste, resulting in the recovery of biogas from the purification cycle to power the 1 MW cogenerator with full utilization of waste heat. This will save about 1,500 TOE (tonnes of oil equivalent), corresponding to approximately 4,000 tonnes per year of CO2 not emitted into the atmosphere.

Processing Machinery
Wastewater, sewage, effluents and sludge are useful sources of energy with the potential to heat (or in some circumstances cool) other products or materials in industrial processes.
Read more

Fast, Easy and Safe - Packaging for Powdered Products and Granules

Processing Machinery
The guidelines for contract filling of nutritional supplements and cosmetics are strict. Fast and easy product changes, compliance with food and pharmaceutical standards, and high energy efficiency for sustainable resource conservation are among them.
Read more