ALARIS Medical Systems develops drug-infusion systems and patient monitoring equipment for hospitals and other care facilities around the world and is constantly developing new technologies and refining existing equipment. Actual drug delivery is usually performed by a precision pumping mechanism coupled to a syringe or needle-less equivalent, so at its international headquarters in Basingstoke, ALARIS is using the latest techniques to optimise pump drives design.

It has just installed Surface Acoustic Wave (SAW) monitoring facilities with which it is mapping the performance characteristics of the many motors its buys in as pump drives so that they can be optimally matched to specific application requirements. SAW is a radical new technology encompassed in TorqSense, the world’s first low cost non-contact rotary torque transducers suitable for OEM applications, just developed with government backing by Sensor Technology in Banbury. Rotary torque is difficult to measure by methods that require physical contact with the drive mechanism, as drag is introduced which increases the actual torque in the test piece. So Sensor Technology has harnessed the phenomenon of SAW or Raleigh waves, which were first observed over 100 years ago and which form a major part of the destructive force of an earthquake.

TorqSense is in effect a frequency dependent strain gauge, which measures the change in resonance frequency caused by the rotary strain in the drive shaft and this frequency signal is then monitored via an adjacent fixed pick up. Because it is frequency based it has a wide bandwidth, high immunity to magnetic fields and high tolerance to electronic interference.

Paul Risborough, Senior Electronics Engineer explains how ALARIS is using the TorqSense transducer: “Most of our pumps are driven by stepper motors, which we test by driving them against a DC motor acting as a brake. To get comprehensive modelling of a motor we have to be able to vary the speed from the slowest running right up to stall speed, so we need a speed range of about 0-1200rpm. We also subject the test motors to shock loads, sudden reversing and irregular speed changes, all generated from a PWM (pulse width modulate) control we made here in the lab. The TorqSense is mounted between the two motors and faithfully downloads the instantaneous shaft torque to a computer for logging, analysis and modelling”. Commenting further, Paul went on to say “We use a DC Motor because it is less expensive, simpler, easier and faster than the dynamometer that would be conventional to use. This is very much in keeping with the idea of using TorqSense, because the alternatives were all much more expensive and complicated.” 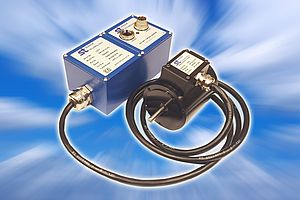 Wireless transducers are used to ensure caps are being properly fitted to pharmaceutical bottles in high speed packaging. 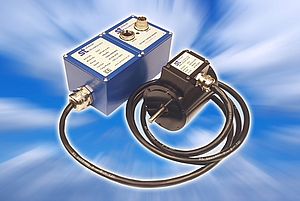