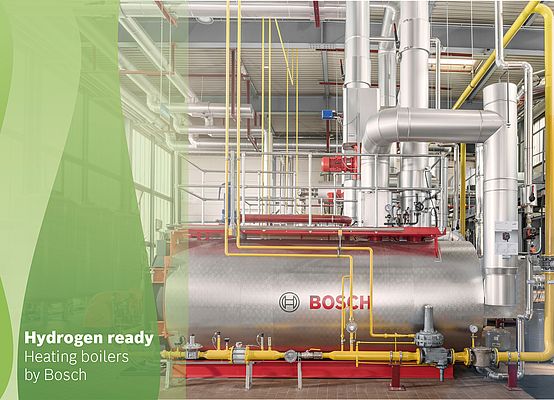 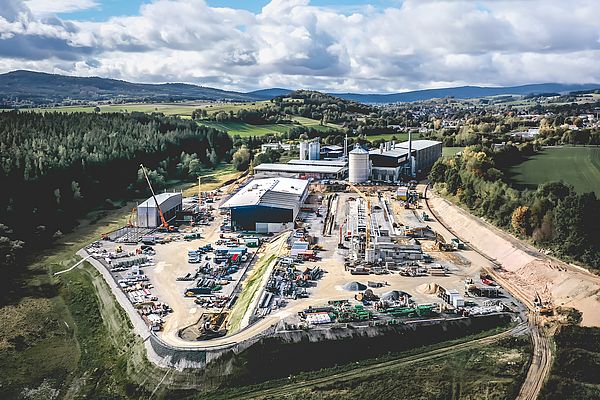 Hydrogen has enormous potential for creating a carbon-neutral future. Bosch is now supplying a new “Hydrogen ready” UT-L series boiler for the Wunsiedel Energy Park in the Fichtel Mountains in Germany. With up to 100% hydrogen, the UT-L is ready for future operation and can produce carbon-neutral thermal energy for the new Gelo Timber sawmill. The hydrogen itself is supplied by a Siemens electrolysis plant, one of the largest of its kind in Germany. The plant should become operational by the end of 2021, providing exclusively green hydrogen from renewable energy.

The operating company for the new Bosch boiler, the gas supplier Wunsiedel GmbH, will use natural gas initially, in order to supply the Gelo Timber sawmill with heat. After the electrolysis is commissioned, the service provider can switch flexibly between natural gas firing and hydrogen firing. This means that, if there is a surplus of renewable energy, it is possible to use hydrogen, therefore avoiding the need to shut down the renewable energy plants. As renewable energies are increasingly expanded, more and more hydrogen can be used for heat generation, with the goal of completely dispensing with fossil fuels.

Bosch has already equipped the heating boiler with a dual fuel burner in its production facility, and based its design on operation with hydrogen, which enables a quick fuel change later. When hydrogen is used, water vapour is released as flue gas instead of CO2. The hydrogen combustion procedure is significantly more complex than natural gas firing; aside from technical feasibility, there are also increased safety requirements. Bosch has developed innovations to solve these challenges and has already gained relevant experience. The UT-L heating boiler used will be capable of producing up to five megawatts of heat carbon-neutrally. AGO GmbH Energie + Anlagen has been selected for the integration and installation of the Bosch systems on-site.

Combined Heat and Power Systems to Save Energy Systematically

Combined Heat and Power Systems to Save Energy Systematically

Cost-effective and sustainable operations for your plant

Loos will be Bosch

Equipment & Services, Processing Machinery
A full portfolio to control and dose powder and granule flow in the pharmaceutical and chemical industry
Read more

Off-the-Shelf vs. Optimised Lenses – a key decision for instrument, sensor and camera manufacturers

Equipment & Services, Measurement & Instrumentation
Optics play an important part if you want to get the best possible results with your instrument, sensor or camera system. We interviewed Mark Pontin, Managing Director of Resolve Optics, about how this can be assured.
Read more