The Surface Acoustic Wave technology in use is based on the wave propagation forms similar to seismic waves, that is ideal to solve many of the issues associated with some high-end flowmeters 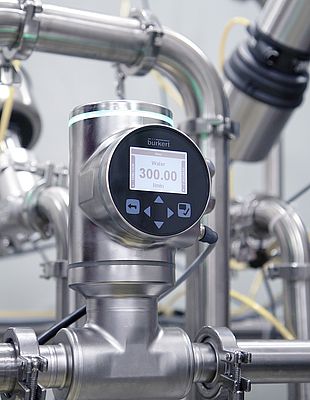 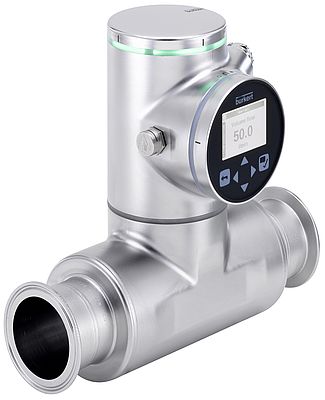 Bürkert has developed a flowmeter in which none of the components are in direct contact with the fluid and which causes no restriction to flow. Furthermore, the internal surface of the tube can be manufactured to the same surface finish as the rest of the pipeline, meaning that in terms of hygiene, cleaning and flow conditions, there is no difference to any other piece of straight pipe within the process.

The FLOWave flow measurement device uses Surface Acoustic Wave (SAW) technology that is based on the wave propagation forms similar to seismic waves, which start from an initial point of excitation and spread along the surface of a solid material. FLOWave uses four interdigital transducers which are located on the outside of the measuring tube and therefore have no direct contact with the fluid. Each transducer acts both as a transmitter and as a receiver. FLOWave solves many of the issues associated with some high-end flowmeters, such as physical size, pressure drop, the volume of fluid within the device and cleaning issues. It is also unaffected by vibration in the plant, magnetic and electrical effects as well as the conductivity of the liquid - none of these factors have any effect on the accuracy or reliability of the flow measurements. The SAW technology also has the ability to distinguish between laminar and turbulent flows.

Accuracy and repeatability often rely on laminar flow which can require certain lengths of straight pipe upstream of the flowmeter. Continued testing and development of the SAW technology has minimised this requirement. In addition, specifically designed, on-board software introduces an automatic calibration process that can maximise accuracy, even in applications that require short pipe runs.

The installation process is significantly less complicated when using a FLOWave device as it can be mounted in any orientation and it requires a great deal less space than similar devices using more traditional measurement techniques. The FLOWave can also be specified with or without a display module that can be positioned to suit the final orientation in the process pipework.

This innovative flow measurement system currently provides very accurate flow and temperature data and the technology will, in the future, allow density information to be used to determine the mass flow rate.

Maintaining the Quality of an Essential Ingredient

Programmable Gateway ME43 and Universal I/O Module ME44

Bürkert launched an expanded version of its versatile digital device platform that intelligently communicates with external systems thanks to two new integrated components: the I/O module ME44 and the fieldbus gateway ME43
Read more
View all supplier's articles

See with more sensitivity from farther away