British inspection specialist PFE Limited uses FLIR Thermal Studio software to accelerate site inspections and reporting, and to deliver consistent reporting quality to its demanding customer base. Based in Wallasey, North-West England, PFE Limited is a family-owned business, specializing in a wide range of inspection and reliability services for industrial customers. To provide trustworthy and repeatable...

British inspection specialist PFE Limited uses FLIR Thermal Studio software to accelerate site inspections and reporting, and to deliver consistent reporting quality to its demanding customer base. Based in Wallasey, North-West England, PFE Limited is a family-owned business, specializing in a wide range of inspection and reliability services for industrial customers. To provide trustworthy and repeatable reporting quality, PFE engineers make use of the latest technology on the market for vibration analysis, dynamic balancing and thermography, among other things.

The company has been using thermal imaging for more than 15 years for mechanical, electrical, and process-related inspections. One of the more specialized types of inspections that PFE Limited offers are furnace inspections, for which the company is using a FLIR Exx-Series pistol-grip camera.

The most tangible output that the company is offering to its customers are reports, so it speaks for itself these need to be of consistently high quality. PFE Limited therefore relies on FLIR Thermal Studio software with routing functionality from the FLIR Route Creator plugin. “We used to go on site for our inspections, combining the use of a thermal imaging camera with some kind of clipboard or electronic tablet,” says Jake Ford, Reliability & Mechanical Engineer at PFE Limited. “For every asset and every image taken with our thermal camera, we used to jot down numbers and comments on a separate device. This was not only unpractical, but it also took twice the time we spend on inspections today. Thanks to the introduction of the FLIR Thermal Studio software, we were able to cut our inspection time in half.”

The PFE Limited team especially values the FLIR Route Creator plugin, which allows users to create pre-planned routes in FLIR Thermal Studio for their inspections. Routes can be downloaded to any FLIR thermal camera that has FLIR Inspection Route on-board software, and then run from the camera itself. This means inspectors no longer need to carry two separate items—which is much more practical—helps them stay organized when surveying large or multiple locations, and above all, ensures they don’t miss any assets or inspection areas.

Also, inspection routes are not always linear: PFE Limited engineers do not always follow the same order. They often skip certain assets and need to go back and forth on different moments in time. With a simple clipboard or tablet, the risk of missing assets from inspections is much higher. When Inspection Route is active on the camera, the progress in the pre-planned route is always clearly visible and the software tells the user exactly which assets are left to do. “A typical furnace inspection used to take us about four hours. Now, we can easily complete it in two hours,” says Ford.

The time at the desk which is needed to compile the report is also significantly reduced. Thanks to FLIR Thermal Studio, users just need to open the file that is generated by Route Creator, and the images are already assigned to an asset. This makes the analysis and reporting much faster and easier.

“Desk time often used to involve working with spreadsheets or comparing thermal images with other files. This was a cumbersome and slow process, and prone to errors. With Thermal Studio, the reporting part has become a much cleaner, smoother and more consistent process,” says Ford. FLIR Thermal Studio enables users to post-process images in batch. This accelerates the entire process and reduces desk time significantly. “Especially, with furnace inspections, there is often some post-processing involved,” Ford explains. “Obviously, hot spots are part of a furnace, so not every hot spot is problematic. This means that we often have to manipulate the image and demarcate or annotate the area of interest. We can now choose to present the images in FLIR’s UltraMax® mode, rotate them and draw a square around them, all in one single batch process. Before using FLIR Thermal Studio, we needed to do this on each individual image, now we can do this in batch. This makes FLIR Thermal Studio a huge time-saver.”

FLIR Thermal Studio also makes it easier for the PFE Limited team to compile the detailed and vast reports which are required by some of the company’s insurance customers. These annual insurance reports often include hundreds of images, each of which needs to be represented on a single page. Without FLIR Thermal Studio, creating one page used to take a few minutes. With the batch process in FLIR Thermal Studio, the entire report can be set up in a matter of minutes.

“As a small business, it’s super important to be conscious of our time,” says Ford. “We want to efficiently squeeze our time to keep all our customers happy, because customer satisfaction is our prime focus. FLIR Thermal Studio allows us to be faster on site. In terms of health and safety, that’s already a plus, because the less time our inspectors need to spend near hot furnaces, the better. More generally speaking, it also means that we can do our job in less time and be more cost-efficient compared to our competitors.” 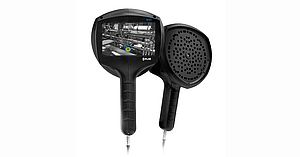 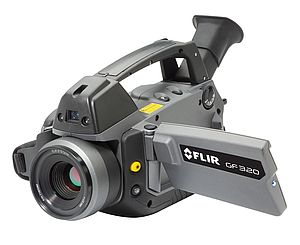 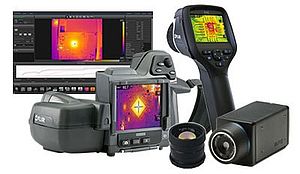 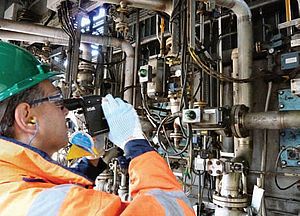 BP Chemicals’ site at Saltend, UK, is a major centre for research and development of the company’s proprietary methanol carbonylation technology. 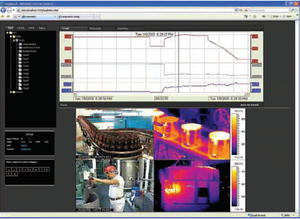 The Longwatch Video Surveillance System now has an interface to Flir’s A-Series Thermal Imaging cameras, so that thermal images can be viewed on standard HMI/SCADA software, such as Wonderware InTouch or GE Fanuc iFix. 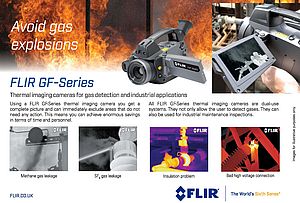 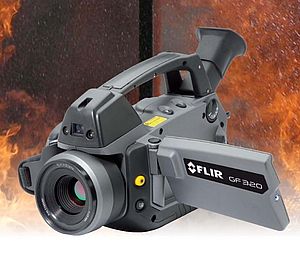 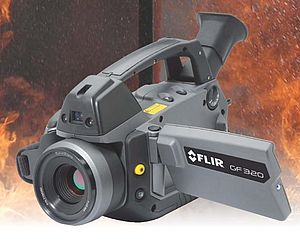 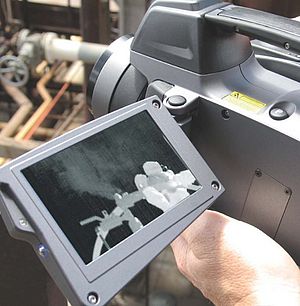 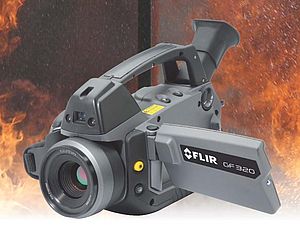 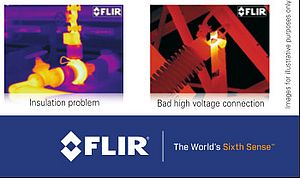 Using a FLIR GF-series thermal imaging camera allows for the complete picture and to exclude the areas that do not need any action, saving time and personnel costs. The dual-use systems allow for gas detection and industrial maintenance 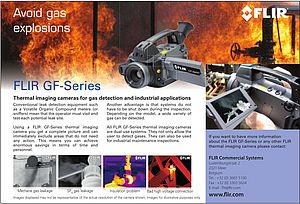 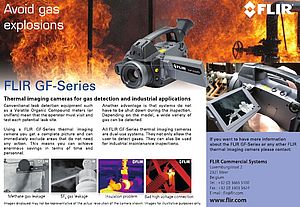 Using a FLIR GF-Series thermal imaging camera gives a complete picture and can exclude areas that do not need any action. Depending on the model, a wide variety of gasses can be detected The cameras can also be used in maintenance inspections.