for safety in hazardous areas and reliability for fieldbus networks

MTL Instruments launch a range of Fieldbus Barrier wiring hubs that establish a benchmark for connecting intrinsically safe field instruments to FOUNDATION fieldbus networks in hazardous areas. The 9370-FB Series Fieldbus Barrier retains the major benefits of the “High Energy Trunk” technique whilst removing the drawbacks associated with existing Fieldbus Barrier implementations. The result is lower cost, safer operation and higher reliability throughout the life-cycle of the fieldbus network. These benefits are not only for the plant operator, but for all parties involved in the design and installation process. The 9370-FB Series are modular in construction, comprising of a fixed carrier assembly and pluggable components. These are assembled to form complete, self-contained enclosure systems in either stainless steel or carbon-loaded GRP, and sized according to the application requirements. A key feature is the speed and ease in which it can be reconfigured or repaired. All parts of the system containing complex electronic circuits are housed in “pluggable” modules that can be removed and replaced while the equipment is live. This is a sharp contrast to conventional Fieldbus Barrier implementations, where serviceability is made difficult or impossible by the ‘hard-wired’ nature of the field enclosure; which cannot be live worked in the hazardous area. Tracing and fixing faults is also made easier, since rapid substitution can be used to pin-point the source of problems. The barrier modules, terminator and optional surge protection devices are all certified for removal, and replacement, in the hazardous area without causing an ignition risk. This certification not only means safer maintenance, but also provides the unique ability for expansion in service. For example a 12-spur enclosure, fitted with one 6-spur module, can be optionally specified and installed; expansion to 12 active spurs is easily accomplished by plugging a second module into the enclosure. No other configuration is necessary, provided the fieldbus power supply is correctly sized and the full loading of the segment has been anticipated.
Optional, integrated surge protection is also a key feature of the 9370-FB Series, and includes plug-in devices to protect the barrier modules from transients transmitted along the trunk and spur cables. In conjunction with additional protectors located at the fieldbus host, and at the fieldbus instruments, they allow the user to install and operate fully protected networks. Unlike conventional fieldbus barrier enclosures, the plug-in surge protection devices can be included at the time of installation or retrofitted once the system is in service. This streamlines the selection process, avoids clumsy over-specification and allows protection to be added in response to site experience. 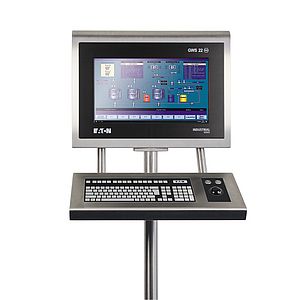 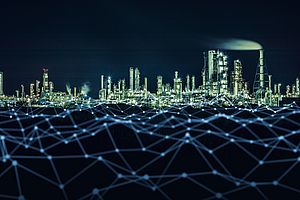 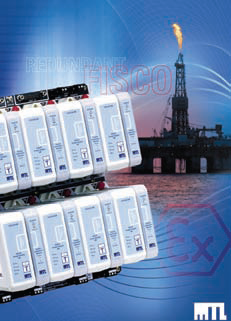