IEN are essential in the production of particular type of drugs. Dow Water & Process Solutions’ resins can offer a proven track record for solving some of the most difficult processing and formulation problems faced by the pharmaceutical sector 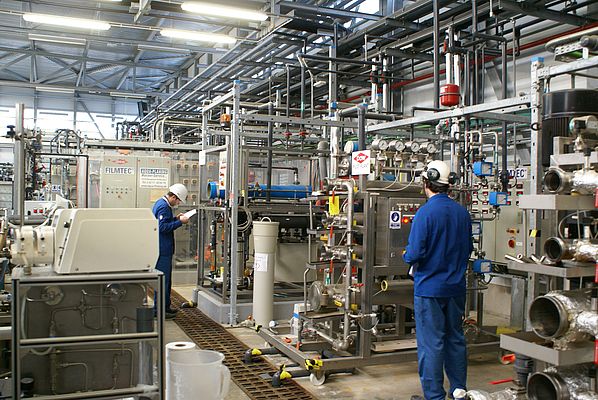 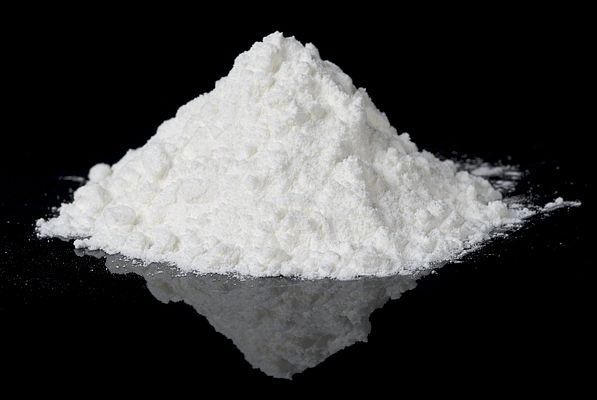 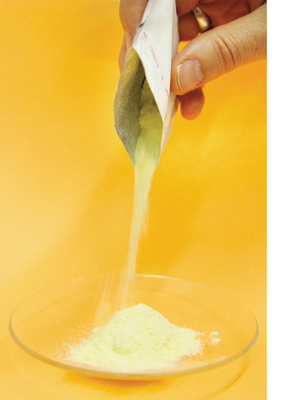 Creating a pharmaceutical product is, by all means, a very complex procedure where many different chemical compounds are necessary to create a particular type of drug. Ion Exchange Resins (IER) have been used by the pharmaceutical industry since the late 1950's, and are now recognized as one of the most important components of pharmaceutical manufacturing.
IER processes involve the reversible interchange of ions between a liquid and a solid phase, involving no radical change in the structure and properties of the solid.
Dow Water & Process Solutions, leader in membrane and IER technologies for water purification and separation, offers a comprehensive line of resins for a wide range of pharmaceutical applications.
These resins have a proven, lengthy track record for solving some of the most difficult processing and formulation problems faced by this sector.

A bitter pill to swallow
Among their many functions, IER play an important role when used with Active Pharmaceutical Ingredients (API), adding some interesting benefits to the drug substance. One of these benefits is related to the taste.
With the selection of the correct ion exchange resin, which is bound to the API, the bitter taste of commonly associated with APIs is masked, allowing the medicine to be administered orally, as little or no substance is released in the mouth.
However, when the drug-resinate comes into contact with the gastrointestinal fluids, the drug is released from the resin and then absorbed while the resin passes through the gastrointestinal (GI) tract without being absorbed.
The granular, strong base anion exchange resin DUOLITE AP143 is especially effective in this task. The resin is available as an insoluble, strongly basic, anion exchange resin in the chloride form supplied as a dry, white, or almost white, fine powder.
The mobile, or exchangeable, anion is chloride which can be exchanged for, or replaced by, virtually any anionic species.

The cure
However, several Dow Water & Process Solutions' resins are also used as APIs themselves. Administered as suspensions, these come in the form of fine powders, passing through the GI tract and not entering the bloodstream.
A particular strain of the aforementioned DUOLITE AP143, the DUOLITE AP143/1083 also known as Colestyramine, has been recognized as a treatment for hypercholestemia; the presence of too much cholesterol in the cells and plasma of the blood.
Because cholesterol is a key intermediate in the biosynthesis of bile acids present in the gastrointestinal tract, when bile acids are bound to this resin and removed from the body, the increased metabolism of cholesterol to replenish these bile acids results in lower serum cholesterol levels.
Another Dow IER that can be used as an active ingredient is AMBERLITE IRP69 Ca (sodium polystyrene sulfonate), which is used for the treatment of hyperkalemia. Excess potassium in the blood, a potentially life-threatening condition, is common in patients with chronic renal failure and the most effective acute treatment is a simple ion exchange.
The sodium ions present in the resin are exchanged with the excess potassium in the blood stream as the resin passes through the GI tract.

Timing is of the essence
At the same time, IER present very high drug-retaining properties which enable them to occupy an important place in the development of controlled, or sustained, release systems. The rate at which a drug is released from a resin depends on different factors but, in many cases, the rate is sufficiently slow that the resulting effect is a sustained release over many hours.
Looking again the AMBERLITE IRP69 resin, this is bound to the API to prevent it from releasing instantaneously.
The drug is released from the resin in vivo as it reaches equilibrium with the high electrolyte concentrations which are typical of the GI tract. For example, it is used in this way in the manufacture of cough medicine to help keep the user from coughing over a longer period of time.
However, a controlled release system is not the only key factor on the success of a pharmaceutical product. As many drugs are formulated as tablets for oral administration, its effectiveness depends on the rate at which the tablet disintegrates in the GI tract.
In this sense, the potassium form weak acid cation AMBERLITE™ IRP88 represents an effective tablet disintegrant due to its extremely large swelling capacity in aqueous solutions.
Precisely, water exerts a low force between particles within tablet pores. The resin increases this force allowing a fast tablet disintegration.

Shield and protect
Many drugs can be affected by environmental conditions such as moisture, light or pH and, therefore, it is vital to protect these products to avoid a destabilization. In this sense, IER offer an effective solution to guarantee the stability of certain pharmaceutical preparations.
For instance, Vitamin B12 is a pharmaceutical product that can be badly damaged during the storage phase. The loading of Vitamin B12 onto AMBERLITE™ IRP64 extends the shelf-life to greater than 2 years and improves the stability in the stomach resulting in an increased bioavailability.

Compromising with Europe
It is clear that IER will have and, indeed, are already having, a big impact on the pharmaceutical industry. For this reason, as a conscious investment, the IER plants managed by Dow Water & Process Solutions are among the most advanced in the continent.
The plant in Fombio (Italy), with fully automated production processes, produces a wide range of IER solutions for the pharmaceutical industry among other applications.
On the other hand, the Stade plant in Germany, has become renowned for developing the best wastewater solutions for industrial and residential purposes offering the highest quality IER products.
The plant in Chauny (France) deserves an especial mention as the biggest IER production plant in the world.
It is also the exclusive manufacturer of the AMBERLITE™ and DUOLITE™ families guaranteeing the strictest requirements to offer the highest quality solutions to drug substance producers.
Finally, the Global Water Technology Center in Spain, as one of the most advanced water R+D facilities in the world, is driving innovative solutions that will impact the future of clean water technologies through cutting-edge research.

Products for Reverse Osmosis and Nanofiltration

The Value of Water

Processing Machinery, Industry 4.0, Maintenance, Explosion Protection & Safety
Water is a precious resource for any aspects of human life, even when looking at sales volume. Why the best water management practice is to think of water and management as a business and environmental cost
Read more
View all supplier's articles

Equipment & Services
IEN are essential in the production of particular type of drugs. Dow Water & Process Solutions’ resins can offer a proven track record for solving some of the most difficult processing and formulation problems faced by the pharmaceutical sector
Read more
Advertise with us
Related articles