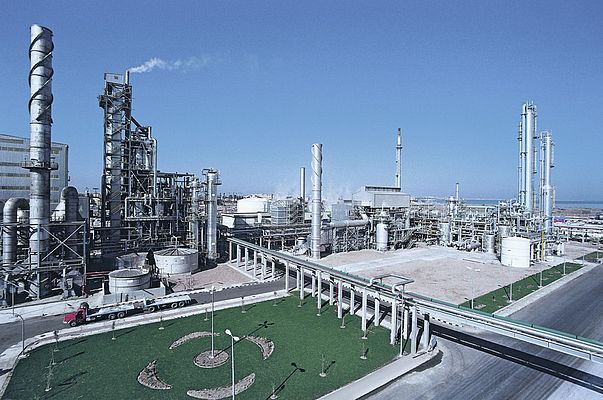 thyssenkrupp Fertilizer Technology, a subsidiary of thyssenkrupp Uhde, has signed a contract with Abu Qir Fertilizers Co., for the revamp of their Abu Qir 3 urea granulation plant in Alexandria, Egypt. For the revamped plant, which is planned to be operating at 100% capacity in 2025, thyssenkrupp Fertilizer Technology will supply the license, the Process Design Package and proprietary equipment. The UFT® Fluid Bed Granulation will increase the nameplate capacity from 2,000mtpd of Urea granules to 2,500mtpd and more. The proprietary horizontal cross flow scrubbing system mini-mizes urea dust and ammonia emissions. This is achieved by appropriate handling of the exhaust streams from the urea granulation plant and from the urea synthesis plant.

Saad Ibrahim Abu El-Maati Hassan, Chairman and Managing Director of Abu Qir Fertilizers: “With this expansion, Abu Qir Fertilizers will reinforce its position as a leading nitrogen fertilizer producer in Egypt. We chose thyssenkrupp again to use the most up-to-date technology. Their state of the art process and know-how give a significant boost to our plant capacity while simultaneously lowering the power consumption per produced ton of granular urea and reducing direct emissions at the same time.”

Dr. Matthias Potthoff, Managing Director of thyssenkrupp Fertilizer Technology: “We are glad for the continued trust of our customer in our proven solutions. Our UFT® Fluid Bed Granulation helps to increase productivity and to meet strict environmental standards, which becomes more and more important in the global fertilizer industry to make the plants and production future proof.”

Abu Qir Fertilizer Company, established near Abu Qir Bay 20km east of Alexandria in 1976, became one of the largest producers of nitrogenous fertilizers in the Middle East. Following a long lasting business relationship with thyssenkrupp Uhde, which built all Abu Qir plants, the Abu Qir 3 urea granulation plant was designed in 1996 for a nameplate capacity of 2,000mtpd. The revamped plant will be capable to produce 2,500mtpd of granulated urea and have an inbuilt design margin to even reach 2,750mtpd.
thyssenkrupp Fertilizer Technology is owner of the benchmark-setting UFT® Fluid Bed Granulation technology, which has a market share of over 70% related to installed urea granulation capacity. The company is part of thyssenkrupp Uhde and a global licensor of their proprietary technologies, supporting the whole fertilizer industry.