Unitronics has supplied to B3Servis d.o.o. the solution for the retrofit of outdated machines in order to keep a competitive market edge 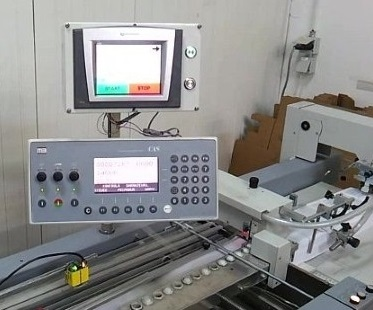 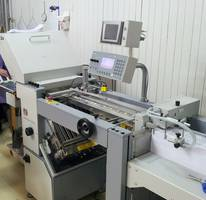 The graphics industry is rapidly increasing its demand for computer-controlled machines. This in turn has created an ever growing need for greater productivity and responsiveness. From order to delivery, lead times are becoming shorter, which puts pressure on companies in these industries to provide adequate printing equipment that can produce short preparation times and high reliability. Such was the need of B3Servis d.o.o., a Slovenian company that represents and sells book-binding machinery.

The Need?
B3S's existing systems were old and only able to read 1D barcodes. They were outdated and not user-friendly. If they wanted to keep their competitive edge in the market, they were going to need a new system that could read 1D and 2D barcodes. They also wanted the ability to achieve higher process speeds and make them more modular and more user friendly.

Why The VISION 570?
The old system was using a laser based barcode reader, which was only able to verify incoming 1D barcodes. The new system uses image based Cognex Dataman 100Q readers which are able to decode 1D barcodes and 2D symbols. Still one issue remained; maximum length of readers verifying capability is 40 characters. In their new system, they were able to use the Vision570™ to verify barcodes of "unlimited" lengths. They were also able to use two RS232 ports and an ETHERNET port. One RS232 port was used for eachbarcode reader, and an ETHERNET port for communicating with a PC through UDP while running an SQL database for worker logging and for working with and storing work orders, and printing reports.

The all in one PLC + HMI aspect of this controller, as well as the physical size make the V570 great for small enclosures- especially since this enclosure is fixed on to the printing machine. The screen size and color features make easy to use for workers who need to interact with the PLC to set the system up for operation.

A video of the system in action can be found below

Automation & Communication
Unitronics has supplied to B3Servis d.o.o. the solution for the retrofit of outdated machines in order to keep a competitive market edge
Share with
Print
Advertise with us
More products from this supplier