By studying the DNA of the algae, the researchers discovered greater diversity which are vulnerable to pollution from industrial development, in particular from the oil and gas industry 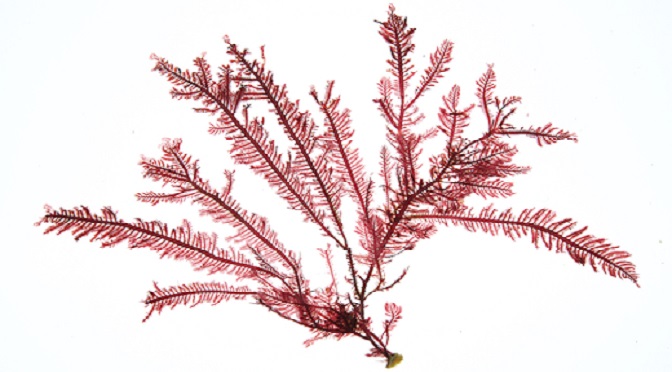 Algae have long been identified and classified by their physical appearance, such as their color and branching. However, reliance on the form and structure of these organisms has made it challenging to determine diversity and map distribution. Molecular technologies have changed that. As scientists use DNA analysis, they have discovered more diversity among algae than was previously classified.

The authors of an article published in the current issue of Phycologia used DNA barcoding and multigene analysis to study the genetic makeup of several algae species in British Columbia. By studying the DNA of the algae, the researchers discovered greater diversity than was previously thought to exist.

In the current study, Gary Saunders and his team used a multi-step process to gather and then analyze the genetic data.

The authors of this study identified 10 species in the red algae genus Ptilota—four more species than they had expected to find in British Columbia. The algae near Haida Gwaii, a collection of islands located off the coast of British Columbia, were particularly diverse.

The rarity of many of these species and their highly productive habitats make them vulnerable to pollution from industrial development, in particular pollution from the oil and gas industry. Editor-in-Chief, David Garbary cautions “While society has raised concerns regarding human impacts on the charismatic marine fish and mammal fauna of the region, we also need to recognize the vulnerability of those species that form the base of these ecosystems – and this base includes the seaweeds.”  He continues “Any oil and gas development must have the integrity of these habitats and their biodiversity as a priority.”

Your Gateway to the Chinese Market

The China International Import Expo (CIIE), the world's largest import-themed expo, will be held for the fourth time in Shanghai from November 5 to 10, 2021.
Read more

Gateway for the integration of Industry 4.0 applications in PROFIBUS & HART systems