is ready for series production 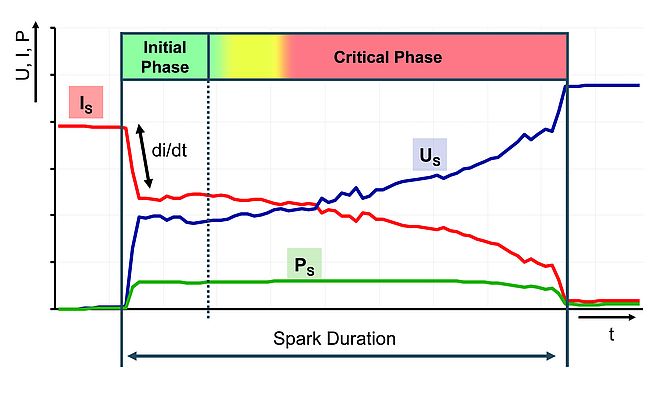 The dynamically acting intrinsic safety technology DART/Power-I is on its way to an IEC-Standard that will offer all market players a powerful and compatible platform. Today DART Fieldbus proves that DART works trouble-free.

Established for many years, proven in practice, and simple to use, intrinsic safety is the most popular method of explosion protection. It is extremely safe and easy to apply. Although it was introduced more than half a century ago, intrinsic safety's  low available direct power has limited its use in communication, instrument, and control technology. With DART, Dynamic Arc Recognition and Termination, this is about to change. DART provides more power while maintaining the power limits of intrinsic safety, opening new possibilities for plant operators.

Revolutionary and different thinking
Every spark sends a signal that is easily recognized by its sharp change in electrical current. This method enables significantly more power to be transmitted along a cable. The principle is surprisingly simple and thus reasonably easy to control. The switch-off takes only a few microseconds. This sets DART far apart from today’s method of intrinsic safety. DART limits current, voltage, and more precisely, energy to values that will never allow a spark to become incendive.

Sparks that occur during connect and disconnect of electrical circuits are the norm. They are by far the largest cause for electrical sparks in hazardous areas. In this case the DART Power supply trips and waits for a few milliseconds after which it will restart the circuit.

Switching on is done with a resistor active, which limits the supply to safe levels in a protected mode. The DART supply will detect the state of the circuit and turn on in only few microseconds.

Dynamic Arc Recognition and Termination is an innovation by Pepperl+Fuchs. The management has decided on a very liberal license policy, so that every market participant is invited to contribute to and participate in this new and revolutionary method of explosion protection technology. DART was one of the top five nominees for the prestigious Hermes Award in 2008.

Easier to a common IEC-Standard with DART
Initialized by the German Metrology Institute, Physikalisch-Technische Bundesanstalt (PTB) fifteen companies joined in a consortium to with the objective to research and clarify prerequisites for standardization. The following requirements were taken into account.
•    Interoperability between manufacturers
•    Networking of multiple components
•    Simple validation of explosion protection

DART Technology is also known as Power-I. The project led to a new work item proposal for creating an IEC standard. At first go, it reached the 2/3 vote requirement, and instead of the minimum of five countries a total of 28 experts from 14 countries are involved.

DART/Power-I and the possibilities they enable create an atmosphere of departure that will lead to new solutions and products. These will be based on a common, legally binding document that will define interoperability. The first publication will be an IEC Technical Specification (IEC-TS). It is a document comparable to a standard and is internationally binding.

Intrinsic safety is a necessity in instrumentation for the safety of personnel and the process plant. Fieldbus has reached acceptance with the High-Power Trunk Concept. This is an intelligent combination of mechanical explosion protection on the trunk for power without limits and intrinsic safety near the field devices.

The trunk must be protected against:
Mechanical damage
Influences from chemicals
Corrosion
Excessive temperatures

Intrinsic safety is available where it is needed, near the instrument. The small disadvantage, namely that hot work is not permitted on the trunk has been reluctantly  accepted.

Fieldbus has never been this safe
For various reasons, with the need for safety and simplicity leading the way, end users and operators have always wished for a completely intrinsically safe installation. With DART Fieldbus the energy limitation takes place in the control cabinet. The DART Power Hub, is the barrier with galvanic isolation and the connection between fieldbus trunk and control system. The trunk receives ample power and is still intrinsically safe. With DART, the trunk can have a distance up to 1000 m.

A field junction box with DART Segment Protector is installed near the field devices. The Segment Protector limits the available power to classical methods of intrinsic safety for today’s existing fieldbus instrumentation.

The maximum spur length as described in the fieldbus standard is 120m. For the purpose of explosion protection FISCO limits this length further to 60m. With DART engineering can draw on the full length of 120m.

Uncomplicated in planning and validation
Segment Checker for planning fieldbus infrastructure is the software of choice, free of charge, and widely used. It was created by Pepperl+Fuchs and is well accepted. The latest version includes DART components. Planning a fieldbus segment is done with just a few mouse clicks.

Just as fast and easy is the validation of intrinsic safety for the entire segment. The popular trunk-and-spur topology is to be used with all cable of type ‘A’. The trunk can be up to 1000m long. The DART Power Hub is connected to one end, up to four DART Segment Protectors can be placed at random on the trunk. Following these rules intrinsic safety on the trunk is validated.

The outputs of DART Segment Protectors are designed for today’s existing fieldbus instruments. The output values are dimensioned in such a way that a 120m spur is permitted without further calculations.

The consortium initialized by PTB has been driven by the same experts that have a reputation for creating the FISCO standard. And FISCO has brought about a significant simplification for the users.

DART an innovation conquering practice
With DART Fieldbus, this innovative technology has arrived in process automation. Based on components and technologies of FieldConnex already proven in practice, the DART components are bound to prove that it can be even easier. So fieldbus can be as safe, simple, and powerful as never before.

Measurement & Instrumentation
How can a feed silo or a glass recycling container be transformed into a smart asset? With the battery-operated WILSEN.sonic.level IoT sensor from Pepperl+Fuchs. The autonomous device is connected to the internet via LoRaWAN.
Read more

Automation Technology for the Digital Age

Automation & Communication
Global data volumes are growing exponentially as a result of digitization. More and more industrial processes are being monitored, analyzed, and automated using sensors. The new JUMO Cloud and the JUMO smartWARE SCADA make an important contribution to the development of the intelligent factory of the future.
Read more

Automation & Communication, Processing Machinery
The increasing variety and complexity of parenteral drugs calls for new dimensions in quality assurance. Fully automated inspection technology with a combination of visual inspection and container closure integrity testing (CCIT) offers the highest product and hence patient safety. Pharmaceutical manufacturer CDM Lavoisier decided to change their inspection processes for no less than 30 products in four different packaging formats. They are now all inspected on the new AIM 3000 from Syntegon.
Read more