Improvement for safety and profitability of oil and gas pipelines 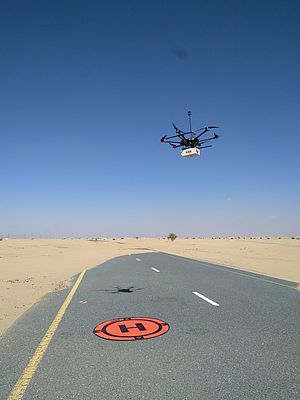 Leaks in gas distribution and transmission pipelines present serious safety risks and result in lost revenue and profits to producers.The ABB Ability mobile gas leak detection system is a digital solution that for the first time, enables drone deployment in the identification of gas leakages. The new solution is being launched at ABB’s customer event in Houston to complement the existing range of ABB mobile gas leak detection systems suitable for all facilities.

The ABB Ability mobile gas leak detection system benefits from drone deployment as it enables faster identification of leaks, requires less man hours to implement and costs less to operate as it covers wide, hard-to-reach areas. To avoid false readings, it can distinguish between biogenic methane, the source of which is ruminant animals, manure and shallow coal and oil deposits, from thermogenic methane from natural gas. The solution uses patented cavity-enhanced absorption spectroscopy to detect methane and ethane with a sensitivity more than 1000 times higher than conventional leak detection tools. Particularly robust yet simple, the Off-Axis Integrated Cavity Output Spectroscopy (OA-ICOS) has extreme sensitivity that allows ABB to quickly identify potential methane emissions at a greater distance while flying, which is not possible with other sensors.

ABB’s analysis software automatically processes the collected methane, ethane, GPS and wind data to create a simple, easy to use report in either GIS compatible or PDF formats. These reports can be used to quickly identify areas in the pipeline network that potentially have leaks. Additionally, the software features, such as the ABB Ability cloud storage tools, allow quick and efficient distribution of data and reports to all stakeholders anywhere in the world. Authorized users can view the progress of flights in real-time as well as review and act on processed leak reports. As well as being used for drones, the ABB Ability mobile gas leak detection system is used in urban distribution vehicles and hand held inspection devices, meaning that all three methods of gas detection can be deployed in conjunction with one another to provide optimal safeguarding of both people and the environment.