The company founded in 1988 by Arnoux and Richard Messrs in La Chaux-de-Fonds, the capital of the Swiss watch industry, celebrated its 30 years of success on June 22, 2018 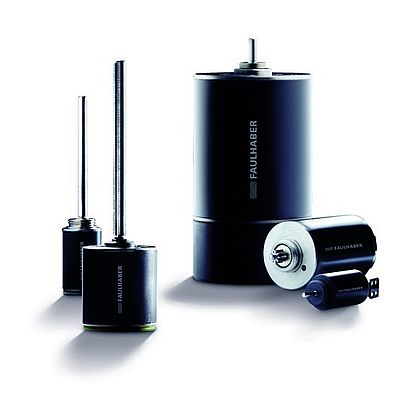 FAULHABER PRECIstep, founded in 1988, celebrated its 30th anniversary on 22 June 2018. The company was established in La Chaux-de-Fonds - one of the world`s capitals of the Swiss watch industry in the canton of Neuchâtel in western Switzerland - by Messrs Arnoux and Richard under the former name of Arnoux Richard SA Porte Echappement or "ARSAPE”.
Established as a management buyout for the purpose of taking over the manufacture of clock drives, first 1 and then 2 phase stepper motors were designed with a performance/volume ratio level and a precision that were very innovative at that time. These motors that could drive larger systems electronically very precisely, quickly gained market interest and were sought after not only in the watchmaking industry. The product range was continually expanded, and the workforce grew rapidly with the increasing demand for high-end stepper motors from the 12 person staff which initially joined the founders.

A bit of history of the group

So in 2000, it was a logical step for FAULHABER to expand its technological portfolio and becomea stakeholder in ARSAPE in order to integrate the stepper motor specialist in the company group. ARSAPE was renamed to FAULHABER PRECIstep SA in 2012. After many years in a tradition rich building that was typical for watchmakers, the growth of the company was also mirrored in a relocation: In 2015, the company moved to a larger, modern industrial building in order to continually meet the required production and logistics standards necessary to remain the worldwide leading company on the market for high quality and precision miniature stepper motors.

FAULHABER PRECIstep now produces 2 phase permanent magnet stepper motors with diameters from 6 to 22 mm. These micro-drives with an impressive performance volume ratio are contributing to the trend towards miniaturization in many sectors. In conjunction with the zero backlash gearheads from FAULHABER Drive Systems they allow to reach a very high level of operation. Another advantage is the fact that FAULHABER PRECIstep can also precisely adapt its drives to customer requirements. The application possibilities are accordingly broad: from optics and photonics, especially in the medical sector, to aerospace, which require, in addition to performance, absolute reliability well beyond 10 years.