How Digitization and Artificial Intelligence are Changing the Industrial World

Companies are restructuring their budgets and launching programs to handle the changes lead by the technological breakthrough. This is all at the center of the upcoming Hannover Messe 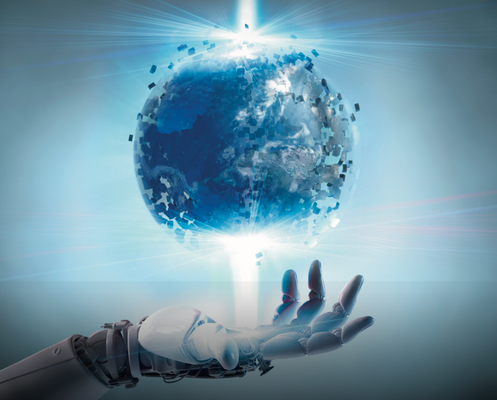 How Digitization and Artificial Intelligence are Changing the Industrial World

According to a study conducted by McKinsey, that surveyed 300 top industry decision-makers, technological revolutionary innovations are expected to completely change the business models. This is what emerged from 85% of executives in the automotive industry, mechanical engineering, aerospace and defense industry. Three-quarters of them indicate the speed of change as an essential factor. In contrast to earlier leaps in development, not only the technology but also the underlying business model is changing. Specifically, the auto industry derives $30 billion in revenue from mobility services. This is expected to increase to almost 400 billion by 2025. Cybersecurity is also very popular: The market could more than double in the next seven years from $96 billion to $210 billion.

What needs to be done? More than half of the companies surveyed expect they will have to restructure 20 to 30% of their budget. A majority also assume that 10 to 30% of jobs will change. Six out of ten companies have already launched programs, while a third have set up startups to handle the change. But for long-term success, the conversion has to be done “on scale,” in other words, on a large scale according to the consultants.

Despite the challenges, every second company surveyed expects increasing sales for the industry as a whole, a result supported by a study from Horváth & Partners . So far, only half of the 200 managers interviewed were able to record the first increases in sales through digitization. However, almost all of them have already been able to increase their productivity or reduce their costs.

REGISTER HERE TO GET YOUR FREE TICKET TO HANNOVER MESSE 2018!

Industry 4.0
Digital transformation doesn’t have to be complex. The right approach can ensure technology investments deliver the results that matter with confidence, ease and speed. By Stuart Harris, Emerson
Read more

Automation & Communication, Industry 4.0, Measurement & Instrumentation
Deutsche Messe AG is thus responding to global developments related to the Coronavirus and postpones the HANNOVER MESSE 2020 to the week of 13 to 17 July.
Read more

Automation & Communication, Industry 4.0
OMNIS is a high-end titration system that offers an integrated approach to increase productivity and efficiency in the modern laboratory. It provides users with the possibility to consolidate their wet chemical analysis on a universal platform.
Read more