When the Going Gets Tough 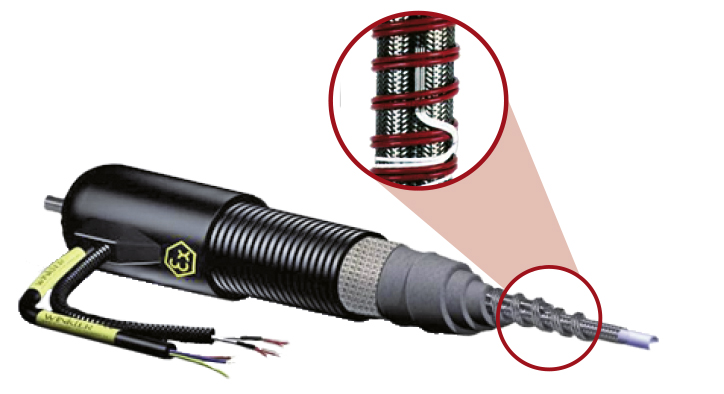 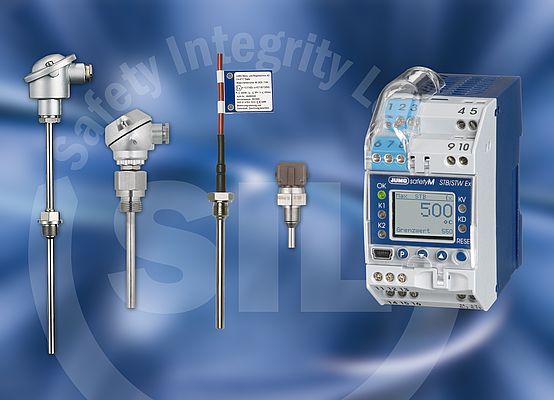 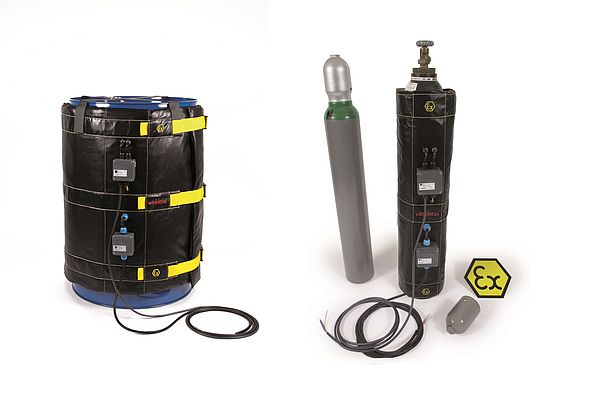 These days, auxiliary heating is needed to maintain or increase temperatures, particularly in chemical processes or process engineering, to optimize the increasingly complex processes in modern industrial facilities. Flexible electrical heaters are not restricted to individual industries or special applications. Instead, they can be used universally.

Through the basic physical property of resistance heating, it is possible to use electrical heaters in precisely the places where they are needed and also only when auxiliary heating is necessary. Even existing plants or process sequences can be easily retrofitted with little technical effort using a flexible electrical heater. The Winkler company, based in Heidelberg, Germany has been designing and building flexible electrical heaters for 40 years. In addition to many standard solutions, Winkler has created special, customer-specific heating solutions in recent years, especially when it comes to explosion-proof heater systems. This product range, which is primarily influenced by directives, regulations, and standards, has grown tremendously in recent years. In this case, the products have a system certification.

With this certification, the operator is no longer required to perform additional acceptance of the delivered heaters for a potentially explosive plant, as the manufacturer (Winkler) has already certified the device in advance. Informative documentation is also part of the delivery scope. This documentation is an important part of the explosion-protection document that must be maintained by the operator according to §6 of the German Ordinance on Hazardous Substances “Information Transfer and Hazard Assessment”. As part of a compliance evaluation process according to the directive 2014 / 34 / EU and an ignition hazard assessment, the installed explosion-relevant components have also been subjected to a special selection process. That is why Winkler has always installed certified Pt100 RTD temperature probes by JUMO with EC-type examination certificates in its flexible explosive-proof heaters.

The Pt100 RTD temperature probes are an important safety component in the heaters, since the installed resistance heating conductor would exceed the maximum admissible temperature without appropriate controllers and limiters. Exceeding the maximum temperature would not only damage the heater itself, but would also become a hazardous source of ignition. According to EN 60079-14 section 13 “Electrical heating systems” Appendix F “Installation of Electrical Trace Heating Systems”, safety equipment such as sensors that record temperature for controllers and limiters is to be provided to prevent high temperatures that could potentially become ignition sources. This is known as monitored design (Appendix F 4.3), which requires temperature control equipment to be used to limit the surface temperature. This temperature limit must work independently of the temperature control to switch the heating system off permanently before the maximum admissible surface temperature (on the heater conductor) is exceeded. The system cannot be switched back on until the system operator is certain of the reason why the safety equipment was activated and is sure that the corresponding maximum temperature of the Ex-area is no longer exceeded.

The temperature sensor must be positioned at the hottest point in the process. This hot spot could be, for example, on a heating hose between the heating conductor and the object to be heated, which is the base hose (Picture 1). When resistance-heating the heating conductor by applying voltage, the Pt100 RTD temperature probe responds by changing the resistance according to an evaluation from the corresponding control and monitoring equipment (that is operated inside or outside the Ex-area) and then initiating corresponding measures depending on the construction and programming. This way, not only operating temperatures of the process can be controlled, but also ignition sources that come about in the heater due to uncontrolled excess temperatures can be avoided.

In addition to proper installation and correct positioning of the RTD temperature probes in the flexible heater, corresponding process stability is also decisive here. This process stability depends primarily on the utilized evaluation unit. The JUMO safetyM STB/STW safety limiter/monitor is particularly well-suited for this task. It enables a compact single-channel safety control with selectable redundant input signals for standard signals and temperature sensors. This solution is ideal for smaller functional applications such as special machines and individual applications with a low density and number of signals. The JUMO safetyM STB/STW also has ATEX approval.

Certification up to SIL 3

JUMO exTHERM DR two-state controller with Ex II approval is also designed for use in electrical heaters. The intrinsically safe Ex (ia) measurement input for RTD temperature probes, thermocouples, or current standard signals allow corresponding type-tested sensors to be connected directly. As a result, barriers are no longer required. In addition to the “controller” relay output, the device has a second relay output for limit value monitoring.

The following graphic shows an example of an electrical heater using an explosion-proof heating sleeve. The corresponding processes can be carried out in the heater with integrated Pt100 RTD temperature probes. One probe is for temperature control (1 x sensor) and the other for the limiter with redundant design (2 x sensors). In addition to low investment costs, the advantages here include low parameterizing effort for each application. Three different analog and binary functional outputs are available. In connection with special JUMO temperature probes, which are also available in ATEX variants, the whole SIL safety chain has already been evaluated and corresponding certificates up to SIL 3 can be issued by JUMO.

Measurement & Instrumentation
Clean and ultra cleanrooms are required for special production methods – especially in medicine and pharmaceutical technology, since particles in ordinary ambient air would have an adverse effect.
Read more