The debate around fossil fuels has never been more controversial than today (Business? Environment? New energy sources?) and nothing should be taken from granted 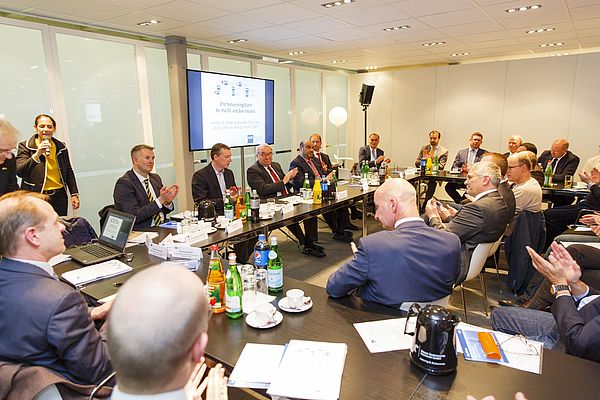 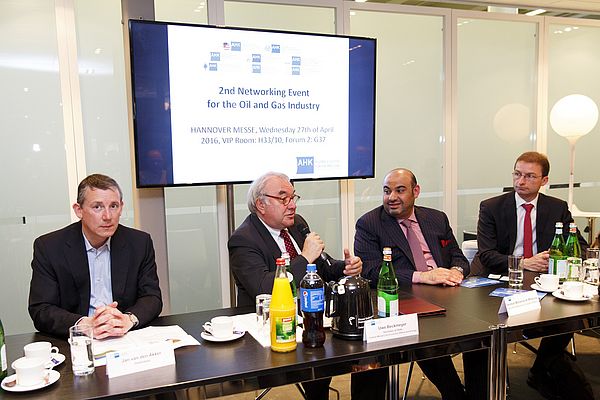 Nowadays, with the changes that the oil & gas industry is facing due to the barrel prices fallen below 50US$ and the research of renewable and sustainable energy sources, creating business in the oil & gas sector is becoming more and more challenging.

This doesn’t mean that there isn’t enough interest around fossil fuels anymore, but it’s undoubted that today the attention is caught by energy efficiency and alternative energies, considering the needs for companies to lower costs while improving their reputation and conveying a positive sense of respect towards the environment.

Features of the International Symposium

So is there still enough room to do profitable business in oil & gas? The answer is yes, and I got evidence of this at Hannover Fair, where I participated in the Networking Oil & Gas event organized by AHK, German Emirati Joint Council for Industry & Commerce. The room that held the conference was pretty small, but so crowded that even the standing space was fully booked. Total attendees were around 90 people, a very good number considering the dimension of the room. This also proofs that companies and professionals still have a deep interest in investigating new possibilities available in the sector around the globe.

The international symposium was opened by Uwe Beckmeyer, Secretary of State and German Federal Ministry for Economic Affairs and Energy, followed by Dr. Dalia Samra-Rohte, who took floor giving a general overview of the event and playing the role of moderator for the entire duration of the conference.

The tour started with Michaela Schobert, Director of Consulting Services at the German-American Chamber of Commerce in Atlanta. Even if U.S economy has experienced a significant recovery since 2009, the drop in oil prices has heavily hit the sector. The U.S. has been a pioneer in oil drilling and refining and many companies are engaged in this industry but new investments and projects are now held on. However, this opens to new possibilities for suppliers that are able to step in and offer competitive services to those companies struggling with low oil prices.

Hanne Marit Grønning Strand from the German-Norwegian Chamber of Commerce (AHK) explained the current situation of the Oil & Gas industry in Norway. Even though the decline in oil price had negative consequences on the whole offshore industry, the sector still heavily counts on Norwegian economy and investments are large. A good amount of resources still has to be discovered so the game on fossil fuels is opened.

The representative from the German-Russian Chamber of Commerce, Wladimir Nikitenko, stated that Russia remains the main energy partner for Germany. Among main projects for the future, he listed the realization of new streams, so the opening of new gas pipelines could be a future project for Europe. The chamber is a resource that can help companies understand how to deal with main Russian partners on the market.

As pointed out by Anton Bondarew from the German-Saudi Arabian Liaison Office for Economic Affairs, Saudi Arabia is for sure one of the biggest producers of oil & gas in the world and has around one-sixth of the world’s known oil reserves. This is yet a good reason as is to consider Saudi Arabia as a relevant player in the offshore sector. Saudi Arabia’s traditional role, which was until last year to guarantee and defend existing oil prices, has been recently changed and the Kingdom is now busy in securing its market shares. This leads to a diversification and expansion of investments in the oil & gas sector and therefore to new business opportunities for foreign companies interested.

As regards Brazil, Thomas Olsinger, from the German-Brazilian Chamber of Industry and Commerce, showed how Brazil continues to be a promising market. Despite current political and economic downturns, this is the right moment to invest in Brazil, Mr. Olsinger stated. Another aspect to take into account is that Brazilian Real exchange rate is presently in favor of foreign investors. This year, the German Chamber will participate in two fairs taking place in Brazil – Renewable and Gas and Nevershore.

The tour around the Oil & Gas industry ended with the overview of the Mexican market, presented by Andreas Müller, representative of the German-Mexican Chamber of Industry and Commerce. Petroleum represents one-third of the country’s income, so it’s evident that Mexico is strongly dependent on black gold. Thanks to its economic and political stability, Mexico is considered a good destination for foreign investments, especially in the oil sector. Also, the government has been introduced in 2013 a series of reforms to liberate the sector from the previous monopoly by the state-owned enterprise Pemex.

The market of fossil fuels is passing through a hard moment, where prices are low, the economic crisis hasn’t been overcome and the search for alternative and renewable energies is getting more and more urgent, with the result that the “green” market is oil & gas industry’s main competitor. However, low prices mean that new economic players have shown interest in investing in this sector, that is now becoming more competitive and appealing for this reason. Also, the fact that today crude oil costs less is a plus that makes it the favorite energy source to choose when it comes to cutting costs at an industrial and civil level. Renewable sources and green energy are not competitive enough yet on a price scale and often it takes long time for an investment in the direction of energy efficiency and sustainability to pay investors off.