Expoquimia Has a New President 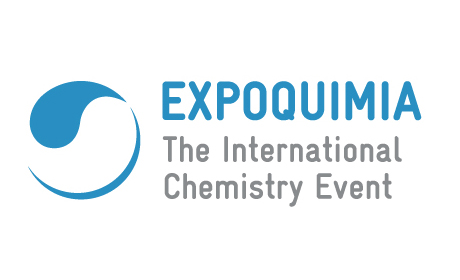 Expoquimia Has a New President

The new president of the Organizing Committee of Expoquimia, Fira de Barcelona's International Chemical Industry Event, is Antón Valero, president of the Spanish Chemical Industry Federation (FEIQUE), who is replacing Luis Serrano, who has presided the event for the last three years. Fira de Barcelona's Governing Board has thanked Serrano for his work at the head of Expoquimia.

Holding a B.Sc. in Chemistry from the University of Barcelona and a M.Sc. in Business Management from EADA, Antón Valero Solanellas has been General Manager of Dow Chemical for Spain and Portugal since 2004 and president of FEIQUE, the association that represents more than 3,100 companies in the Spanish chemical industry, since 2014.

Expoquimia's new president was very pleased to receive the appointment. "It is a great pleasure for me to head the industry's leading exhibition which, every three years, puts the spotlight on the major economic and social role played by the chemical industry." Valero added that "two of the goals I have set myself as president of the Organising Committee are to increase Expoquimia's international visibility and promote it as a business centre and educational platform." Antón Valero replaces Luis Serrano, CEO of the multinational corporation Solvay for Spain and Portugal since 2007 and president of Expoquimia since 2013, who is now retiring from a career he started in 1980.

Expoquimia is the leading exhibition for the chemical industry in Spain and Southern Europe. Held every three years, it features a broad business offering and an extensive scientific programme. Some of the events that will be organized as part of Expoquimia include the 15th edition of the Seminars on Instrumental Analysis (JAI), the 10th World Congress of Chemical Engineering (WCCE), and a conference of the Association for the Defence of Water Quality (ADECAGUA). In total, there will be more than 150 activities related with the chemical industry. The next edition of Expoquimia will be held on 2–6 October 2017 at Fira de Barcelona’s Gran Via exhibition centre once again.

The chemical industry's corporate initiative SMART CHEMISTRY SMART FUTURE will return to Expoquimia 2017 after the success of its first edition, in 2014, when it was the exhibition's most visited space. Together with the exhibition itself, which brings together the Spanish chemical industry's leading companies and organisations, this unique forum led by FEIQUE puts the focus on fostering increased awareness about the industry's innovative potential and strategic importance for the Spanish economy.