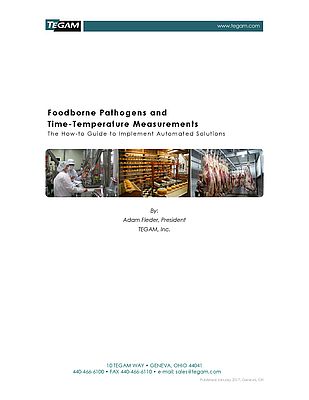 Tegam. The Centers for Disease Control and Prevention (CDC) estimate that the major foodborne pathogens caused 9 million illnesses each year.  The number of foodborne illnesses motivated the FDA to create the Food Safety Modernization Act (FSMA), which Congress passed. The Federal Government drafted the FSMA in response to the continuing occurrence of foodborne illnesses caused by these pathogens. Although passed by Congress in 2011, full implementation of the law’s requirements did not begin until September 2016 for most food processing facilities. At the core of the legislation, the FSMA requires a written food safety plan, called Hazard Analysis and Risk-based Controls (HARPC).

Pumps, Valves & Compressors
For control of most regulators, small valves and pumps with pressure ranges from 0-0.5 psig to 0-3,000 psig
Read more

ACHEMA Innovation Challenge for the Digitalization of the Process Industry

Who will revolutionize the chemical, pharmaceutical and food industries through the innovative use of digital methods? At the ACHEMA Innovation Challenge young researchers and developers have the chance to convince industry experts with their answers to industry-related questions. Pre-registration is now open.
Read more