Malek Azizeh, Commercial Director at Fujairah Oil Terminal, will take floor on day one of the Tank World Expo 2016 Conference, casting a glance over the growing crude oil storage position in Fujairah as a strategic regional hub for products and crude 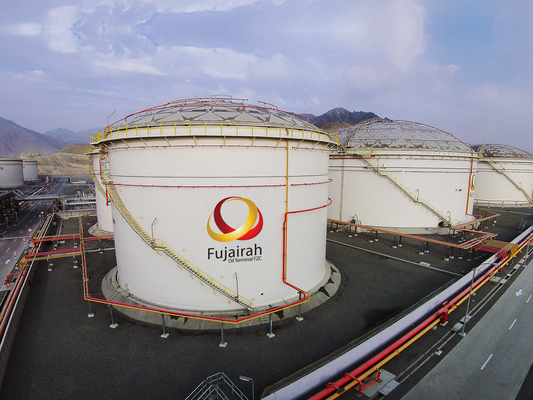 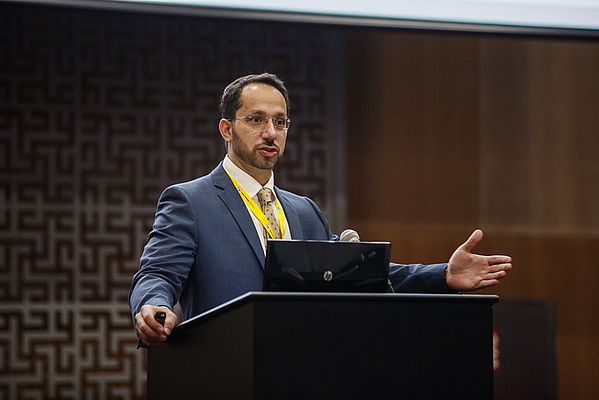 As the third largest oil storage and petroleum products trading centre and second largest bunkering port in the world after Singapore, Fujairah is still growing at an impressive rate, as it aims to become the leading global oil hub. Fujairah offers the trading community a one-stop-shop of products and services, where you can bunker, trade and maintain your vessels. It is commercially designed with the following in mind: the transfer of products (ITT) between the various independent terminals, complete flexibility for traders to buy and sell under the Freezone umbrella, ability to purchase bunker fuel for the purpose of refuelling, changing of crew if needed, medical services, ship maintenance and ships supplies. As a result of growing volumes through the port, in 2015, the Port of Fujairah reached a new record of 50 million tonnes of refined products throughput. This has helped position the region as the third largest oil products hub globally, and its location close to the Strait of Hormuz, the world’s most important oil transit chokepoint, reinforces its importance.

Additionally, the continued focus on diversification in Fujairah is resulting in investments being made in the downstream sector, including product specialty chemicals, bitumen and biofuels refineries, as well as chemical storage. ADNOC commissioned its 8-million-barrel terminal in Fujairah, back in 2012, to use it as a receiving point of the Murban crude, coming from the heart of UAE through the 400 km Habshan pipeline. It is designed to transport up to 1.5 million barrels of this sweet crude, which translates to about 60 per cent of the UAE crude oil production being exported through Fujairah, when fully utilised. Fujairah Oil Terminal FZC (FOT) is first independent third-party crude oil terminal to offer commercial storage to crude oil traders. FOT is owned by China’s Sinopec (50 per cent) Australia’s Prostar Capital (40 per cent) and Government of Fujairah (10 per cent). FOT is considering expansion options and currently evaluating future market outlook to build the most suitable tanks for the future. As crude storage and throughout volumes are gaining momentum, thanks to ADNOC’s large crude storage facility (8 million barrels) and the Port’s considerable investment in the Very Large Crude Oil Carriers (VLCC) berths, many terminals in Fujairah are now considering building crude tanks instead of the traditional refined products tanks, which is the majority of Fujairah’s current capacity.

There are plenty of things happening in Fujairah, a new refinery will be coming into operation and Vopak has a project, which will be commissioned imminently, as well as IPIC’s announcement for building a 200kbd refinery. There is also the positive spin from the lifting of Iranian sanctions, where oil traders will be looking to supply and receive products from Iran. As a result, there will be even more demand for storage in Fujairah, as gasoline cargos will be blended to specs ready for exportation and fuel oil importation will add to the existing pool, which is in high demand considering the large bunkering market in Fujairah, estimated to be about 1 million metric ton per month.

All in all, the success story of Fujairah in such a short period of time makes other ports carefully monitor its progress. If it carries on with the same rate of growth that has been witnessed so far, it is only a matter of time before it takes over the largest oil hubs globally.