key challenges of the fourth industrial revolution can be mastered only through collective endeavor in networks. Interview with Benjamin Low, Director, HANNOVER MESSE Energy 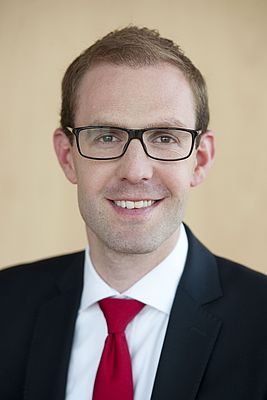 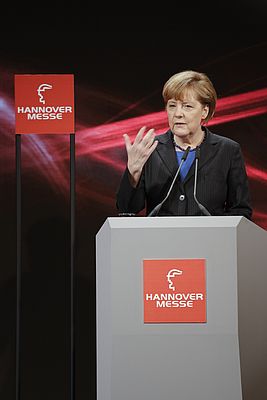 Dr. Angela Merkel, Chancellor of the Federal Republic of Germany, speaks at the Opening Cerimony of HANNOVER MESSE on 6 April 2014 in the Hannover Congress Center

HANNOVER MESSE is the world's leading technology event and the best platform for meeting existing and potential business partners. We expect more than 200,000 visitors in April, 93 percent of whom are trade professionals and 65% of whom are decision-makers. Exhibiting at HANNOVER MESSE is the most cost-effective, time-efficient way to connect with these buyers and influencers. Plus, exhibitors from the other trade fairs provide an additional pool of prospective customers. HANNOVER MESSE is also an international media event - we host more than 2,300 journalists from over 40 countries every year - so it is a great place for companies to present their innovations not only to the trade press, but also to daily and business press and television and radio.

Can you explain us the meaning of this year's motto: Integrated Industry - Join the network?

"Integrated Industry - Join the Network!" is a call to action for manufacturers around the world to form networks with each other, suppliers and customers and work together to optimize products and solutions.

How will this motto be reflected on the fairground? Has the "Fourth Industrial Revolution" finally come?

The Fourth Industrial Evolution, or Industrie 4.0, is underway, but many manufacturers are not sure where the merger of automation and IT will lead, and Industrie 4.0 is not being embraced by all sectors with a uniform sense of urgency. "Integrated Industry - Join the Network!" focuses on the progress made so far and the challenges that remain. At HANNOVER MESSE, companies from all sectors of industry and from all over the world present not only the latest products and solutions but also discuss such current issues as data security, machine-to-machine communication, standards, and the impact of automation on human jobs.

One of this year's main topics is "Energy and Environmental Engineering": can you describe us its role in the exhibition framework?

Energy efficiency is an important cost-saving and productivity-boosting factor in manufacturing. "Energy and Environmental Engineering" looks at industry's transition to decentralized energy - numerous small, distributed plants powered by natural gas, solar energy, wind and biomass - as a main power source, especially in the areas of energy generation, distribution and storage. Hall 27 is a good starting point to see these technologies.

What kind of energy solutions can we expect to see proposed by energy providers exhibiting in Hannover?

The Energy trade fair at HANNOVER MESSE covers all sectors of the industry: renewable and conventional power generation, supply, transmission, distribution, and storage. Halls 12 and 13 are for energy transmission and distribution products and solutions. Smart grids, which are a key component of Industrie 4.0, are located in Hall 13. Hall 27 is dedicated to energy generation and storage and home to our hydrogen and fuel cells showcase. We also have a series of special displays and forums covering such topics as decentralized energy supply, green solutions, marine engineering, and smart grids. I recommend that visitors take our guided tour "Energy System Transformation", which provides a good overview of the Energy fair.

India has been designated as 2015 official partner country: with regard to the European market, can you introduce us to this emerging economic giant?

India is one of the world's fastest-growing economies, with average economic growth of 10 percent during the past decade and roughly five percent currently. Prime Minister Narendra Modi wants to transform the country into an economic superpower. His "Make in India" initiative aims to remove barriers such as bureaucracy, skill shortages and corruption and to liberalize the economy, foster public-private partnerships, expand the country's infrastructure, modernize manufacturing, and attract foreign direct investment. India's National Manufacturing Policy mandates manufacturing's share of GDP grow from 16 percent to 25 percent by 2022, and McKinsey projects India's manufacturing sector could grow sixfold to one trillion dollars by 2025. Many experts believe India is on the verge of joining the world's manufacturing leaders, especially since production and labor costs in China are on the rise. But Indian companies must rapidly improve in areas like product development, supply chain management and quality control. HANNOVER MESSE is where Indian companies procure the modern machinery, equipment and products they need to be competitive. Currently, only Germany and Switzerland belong to India's top ten trading partners. HANNOVER MESSE is the perfect chance for other European countries to learn more about the Indian manufacturing marketplace.