OPC Foundation Welcomes Emerson to Its Board of Directors 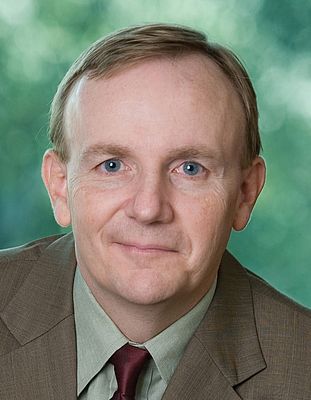 The OPC Foundation is proud to announce Emerson has joined its Board of Directors and sincerely welcomes Peter Zornio, Chief Technology Officer for Emerson Automation Solutions, as Emerson’s representative on the Board of Directors. Emerson is one of the world’s largest automation suppliers, providing engineering services and automation technologies to process and discrete manufacturing industries. Emerson has a long history with the OPC Foundation. As one of its founding members, Emerson played an important role in the development and adoption of the first OPC data connectivity standard and contributed to the development of OPC UA, today’s open data interoperability standard. Emerson supports OPC UA initiatives by participating in OPC Foundation working groups and by adopting OPC UA in a wide variety of its family of products.

Peter Zornio says: “OPC technology is well established in the automation space as the de facto standard for application-level communications.  It also provides integration between operations technology (OT) and the IT world, including cloud-based environments.  We look forward to growing that role, as well as working with the OPC FLC initiative on expanding OPC technology into real-time communications between control and field-connected devices.  OPC is the best candidate to have a single communication standard cover the entire scope of automation architecture from intelligent field devices to the cloud.”

Peter Lutz, Director FLC Initiative: “Currently, the OPC Foundation is extending use of OPC UA down to the level of sensors and devices on the shop floor via its Field Level Communications (FLC) initiative. The value that a major player like Emerson brings to this initiative is important from both technical and market messaging perspectives. First, OPC Foundation Working Groups benefit from extensive Emerson field level expertise. Second, with its strong support for ongoing OPC UA standard development for use in both process and discrete industries, Emerson helps send a clear message to the market: OPC UA plays an equally important role in both verticals.

Stefan Hoppe, President and Executive Director, OPC Foundation commented “It is gratifying to welcome a company of Emerson’s stature to the OPC Foundation Board of Directors. Working together with Emerson and our other valued board members, the OPC Foundation is now better positioned to deliver on its directive to provide the world with the best single data connectivity and interoperability standard for use throughout the enterprise, regardless of the industry sector.”