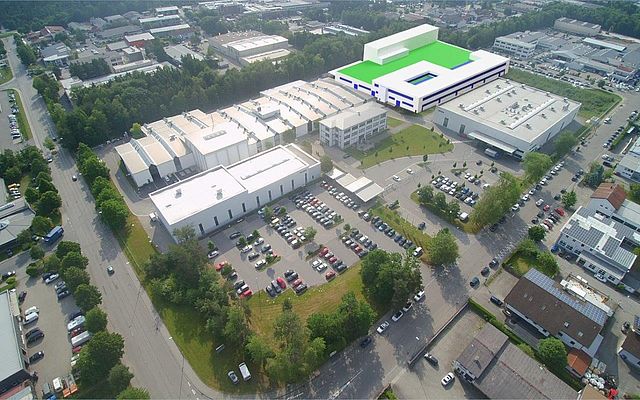 This is a clear commitment of the NETZSCH shareholders to the location Waldkraiburg in the southeastern part of Bavaria. It is to be seen in connection with the implementation of the Global Operations Strategy, with which the Pumps & Systems Business Unit will bring its production and assembly operations even closer to its customers around the world and exploit cross-location advantages and synergies. NETZSCH will invest approximately 50 million euros in Waldkraiburg over the next three years, including normal investments. These will go into the plant and machinery as well as into a new office landscape which will be set up on top of the halls. Thus, for the first time, all NETZSCH employees in Waldkraiburg will be working in just one plant, even though the opportunity to integrate the findings of the last few months regarding mobile working, into the office concept will not be missed.

This is the additional investment plan within the framework of the NETZSCH Pumps Global Operations Strategy. For this purpose, a further approximately 50 million euros will be invested worldwide over the next few years, i.e. a total of 100 million euros. These funds will be used for factory expansions in the USA, Brazil, China and India. In addition to the assembly centre already operating successfully in Anting near Shanghai, further assembly centres will be added in South Africa, Australia, Thailand, Russia, Mexico and Indonesia. All locations will work together in a digitally supported network. The aim is to achieve even greater customer proximity. In this way, and with other accompanying measures such as e-learning, Proven Excellence, MyNetzsch and other future oriented projects, NETZSCH intends to further expand the global market leadership for its pumps.

Based on the full construction approval, the first orders for the construction trades and ware-house automation will soon be initiated. Depending on weather conditions, the ground-breaking ceremony will take place in the first quarter of 2021.

The NETZSCH Management would like to take this opportunity to thank all employees who were involved in the planning and who contributed their input in an energetic and creative manner. The greatest thanks, however, go to the shareholders for approving the investment. Such a project volume is unprecedented for the NETZSCH Group and will tie up a significant portion of the group' financial resources over the next years.
This year was and is special in many respects and NETZSCH had to cope with extraordinarily difficult situations not only due to the global corona crisis but also due to the cyber-attack in summer. The management is therefore all the more pleased to be able to convey this positive news for the Waldkraiburg location at the end of the year.

New Technologies for the Industrialization of Hydrogen Production