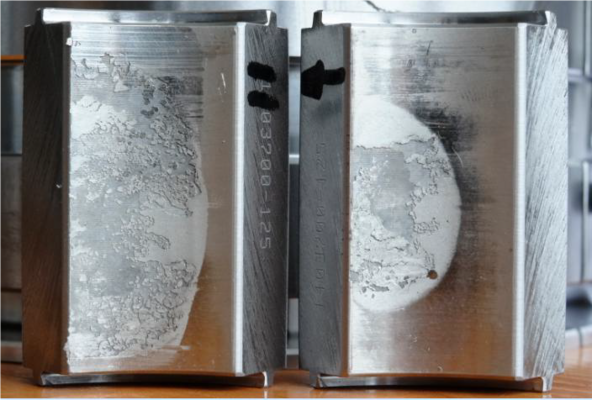 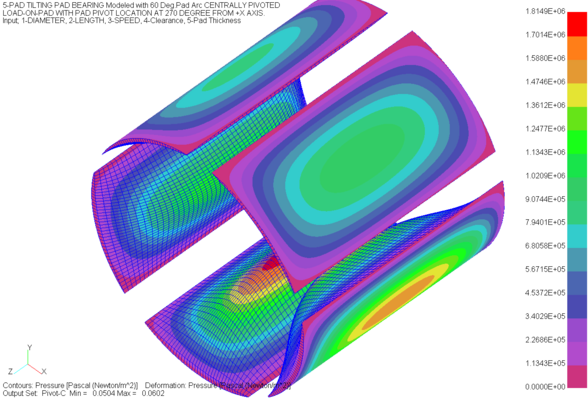 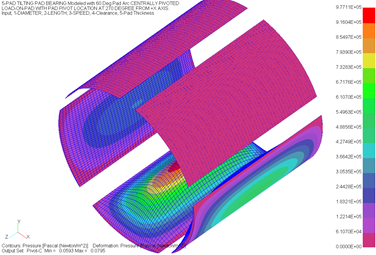 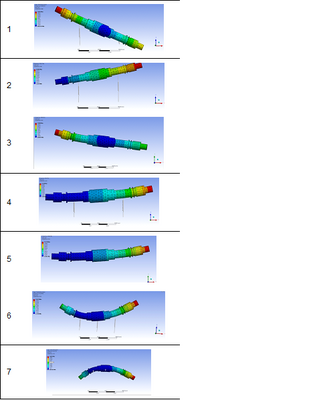 During the commissioning of an Air Separation Unit, several failures have occurred with similar damages, in one of the pinions of the multiservice Integrally Geared Centrifugal Compressor covering both Main Air Compressor and Booster Air Compressor, exactly the BAC first pinion.

The cooperation between the compressor supplier, the manufacturer of the system, a rotating machinery consultant and a metallurgical laboratory has allowed to successfully solve the problem, reaching the correct operation of the unit.

The compressor is driven by an induction motor and has three rotors with pinions supported by "tilting pad" journal bearings. The damaged rotor has two impellers at the ends and rotates at a speed of about 40,000 rpm.

The faults have been repeated three times, and have occurred always with emergency shut-down due to high temperature of the anti-friction white metal of the journal bearings.

During all the "shut-down" high levels of vibration of the rotor were registered and loud noises caused by the rubbing of the rotor on the stator parts were heard.

In the first accident, which was attributed to problems in the lubrication system, impeller and bearings were heavily damaged.

The unit was then restored without changes to the machine but, at the next start, there was a second similar accident, with damage to the new impeller and its journal bearings. In this case, on at least 3 pads, the white metal was partially detached and a "frosting" area was present (Fig. 1).

Following this second accident, it was made a thorough assessment of all potential causes of failure including:

• Bearings (inadequate clearance, insufficient lubrication, "pitting" on the pads caused by electrical arc with the shaft, insufficient quality of the white metal);

In addition, two damaged bearing pads were sent to a specialized laboratory for metallurgical analysis to evaluate the morphology of the damage.

The machine was again restored by increasing the clearance between the impeller and the stator, to avoid further damage to the rotor during the stops. In this way, the execution of a "trim balance" would also be made possible in order to exclude any unbalance problems that could not be determined for the unavailability of the necessary instrumentation.

Following a restart, unfortunately it occurred a third accident with the white metal bearing damage and rubbing of the impeller on the stator, despite the increase of the clearance.

Meanwhile they became available the metallographic analysis results which showed among other things that:

Based on data received from the metallurgical laboratory and technical investigations carried out by the OEM (which is discussed later) it was decided to reassemble the machine using bearings with increased clearance. The compressor was then restarted getting proper rotordynamic behavior that went on later without further problems.

The decision to increase the bearing clearance was taken because the OEM had in the meantime been able to verify that the original bearing support had been made, by a sub-contractor, with a geometry not conform to the latest revision of the drawing. In particular, the support had a reduced internal diameter, which meant the reduction of the radial clearance and the onset of a preload not provided in the design.

After a further start-up, successful, it was also carried out a rotordynamic analysis to ensure the end-user about the proper identification of the cause of the failures and the adequacy of the compressor design with enhanced bearing clearance.

The maximum pressure and temperature of the oil film of the bearings were calculated, with a dedicated software, when operating at full load and full speed for both configurations: initial set-up with reduced clearance and final set-up with correct clearance (see Figure 2).

The calculation showed that the bearing original set reaches temperature and pressure appreciably higher, which however at steady state condition were still allowable. For a full explanation of the phenomenon, it was therefore necessary to consider the start-up transient, during which the clearance is temporarily reduced, due to the different thermal expansion between shaft and bearings.

It was also carried out a lateral analysis of the rotor, considering the bearings in the final set-up and simulating the gear with the method of ISO 6336-1 (constant spring stiffness).The calculation of the lateral damped natural frequencies, its mode shapes (Figure 3) and the response of the system, showed that the design of the machine was correct. In particular, the amplification factor turned out to be much less than 2.5. So, according to API 684 2nd ed, the response had to be considered critically damped and a margin of separation was not required.

Comparing the results of the calculation of the vibration with bearings in the final set-up with the measurements carried out on the rotor during a shut-down (Fig. 4), an acceptable agreement for the critical frequencies, despite the approximation of gear effect calculation, was found.