Two-Digit Growth for Turck Once More

The Mülheim automation specialist expects a 10 percent increase in turnover to around 660 million euros. 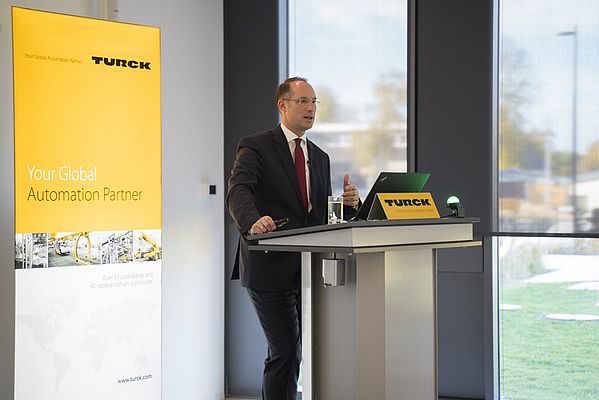 Two-Digit Growth for Turck Once More

The Turck Group is once more expecting two-digit growth in turnover for business year 2018. As Turck managing director Christian Wolf said at the annual press conference at the corporate headquarters in Mülheim an der Ruhr, the consolidated group turnover for business year 2018 is expected to exceed the 660 million euro mark. After 600 million euros in the previous year, this would represent a growth rate of 10 percent. In the reporting period the number of employees at all Turck sites worldwide has risen from 4500 to over 4800. Turck has around 2150 employees at the four German sites in Mülheim an der Ruhr, Halver, Beierfeld and Detmold, which is 100 more than in the previous year.

“After the Turck Group already achieved its most successful business year in the company's history in 2017, this business year has likewise been very pleasing,” Wolf said. “We could once more achieve two-digit growth everywhere, with virtually 20 percent particularly in the Asia-Pacific region, but also around 15 percent in the Europe/Middle East region. We were also pleased that the USA, our largest market, was able to keep up the impetus in growth from the previous year.”

After Turck with its strategic partner Banner Engineering founded the first joint venture in 2017 in the ASEAN region, both companies have this year continued their commitment to internationalization – each with one sales company in Malaysia and in Thailand. “We are seeing tremendous potential for the direct introduction of Industry 4.0 and IoT applications, particularly in Asia. We are already discussing with several customers in the region how we can best serve this demand with our Turck Cloud Solutions,” Wolf commented on the ASEAN focus. Another sales company was formed in 2018 in South Africa through the takeover of the long-standing sales partner RET Automation.

Over 100 Million PROFIBUS and PROFINET Devices in use

Utthunga and FDT Group are co-hosting a webinar focused on “FDT Mobility Secures Open Automation for I4.0” on 11th May 2021.
Read more