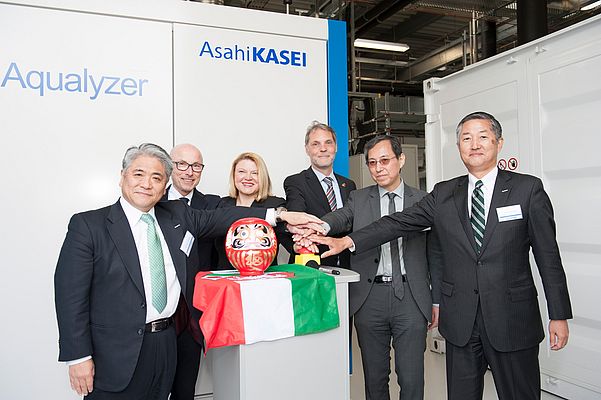 Asahi Kasei is intensifying its activities in the field of hydrogen production in Europe. The Japanese technology company is a leading supplier of chlor-alkali electrolysis systems, which are used in 126 production sites in 26 countries worldwide. Based on this technology, the company developed an alkaline-water electrolysis system which is suitable for use with fluctuating power input such as from renewable energy sources. The highly efficient system offers scalability up to 10 MW, allowing the customer to produce a large quantity of hydrogen with a single unit.

On April 27 2018, Asahi Kasei Europe, the Asahi Kasei Group’s European operational headquarters, started a demonstration project to produce hydrogen from simulated wind energy in the Hydrogen City of Herten in the German state of North Rhine-Westphalia. The joint project together with the Hydrogen Competence Center h2herten will contribute to the development of an electrolysis system to produce green hydrogen on a large scale.

Equipment & Services, Processing Machinery
A full portfolio to control and dose powder and granule flow in the pharmaceutical and chemical industry
Read more