Prevention of Failure in LDPE Plants

Vibrations and pulsations in reciprocating compressors cause very often shutdown, failures and disruption of service. This is why controlling and assessing vibration problems at an early stage is pivotal 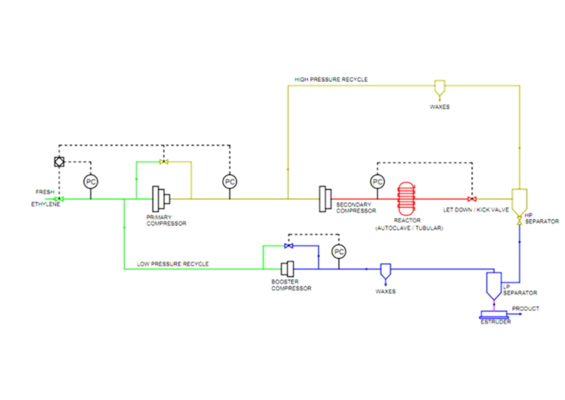 Figure 1: Flowsheet of an LDPE plant. Each colour represents a different level of pressure 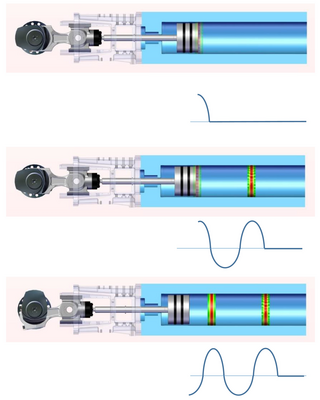 Figure 2: Generation of pressure pulsations in a reciprocating compressor

Vibration is one of the main and more common causes of failure or unscheduled shutdown on rotating equipment. Specifically, reciprocating compressors are often affected by vibration issues, since these are inevitably generated by the reciprocating motion and pressure pulsations found in these machines.

Despite this, vibration problems frequently show up from the very first machine start-up, and not always as a result of poor detailed engineering; in many cases the cause is to be found in not having paid enough attention to the interaction between the compressor and the rest of the system.

For the reasons above, the success of the project can be significantly affected by the assessments and decisions, regarding methods of controlling pulsation and vibration, that must be taken already from the early stages of detailed engineering.

In the LDPE plants (Low Density PolyEthylene), the polymerization of ethylene to produce LPDE requires special reciprocating compressors, generally called Hypercompressors or Secondary compressors, to achieve the high pressures necessary to feed the reactor: generally between 1600 and 3500 bar, depending on whether the plant is an autoclave or tubular process.

At such pressure values some of the most common methods of reducing pulsations (eg pulsation dampeners) cannot be used. Pipes, valves and other equipment in LDPE plants must operate at such very high pressures subject to the oscillating forces generated by the reciprocating compressors; an acoustic analysis is necessary to estimate the pressure pulsations at each point of the pipe and to avoid problems of excessive vibration during operation.

• ΔP is the pressure pulsation;

• P is the medium pressure;

• ΔQ is the flow pulsation;

• K is the ratio of specific heats;

• S is the section of the pipe;

At the high pressures of LDPE plants, ethylene characteristic parameters assume values very different from those encountered in standard conditions: the speed of sound is very high, even up to 5 times higher than in atmospheric air, and also the K assumes very high values, over 7 (while for hydrocarbons, air and nitrogen at pressures up to 100 bar is usually between 1.0 and 1.4).

It follows that in order to obtain reliable results from the analysis acoustic it is very important to have a deep understanding of gas thermodynamics. The gas properties are dictated by the composition, operating temperatures and pressures; but the only value on which it is possible to intervene is the diameter of the piping. The choice of the pipe size can be determined on the average velocity of the gas that is to be respected, but also by the maximum pulse that is deemed to be admissible at the flange of the various cylinders.

In addition to trying to minimize pressure pulsations directly near the source (the compressor cylinders) it is also important to avoid that the geometry of the piping triggers acoustic resonance phenomena. It is a physical condition, as well as the mechanical or electrical resonance, which occurs when a forced oscillating system is subjected to periodical stress, having the same frequency as the system oscillation.

Typically, this situation causes a significant increase in amplitude of the oscillations, which corresponds to a considerable accumulation of energy within the stressed system that can lead the system itself to destruction.

Due to the high speed of sound of ethylene at high pressures, the frequencies that produce resonances are usually high (high harmonics), in a range between 30 and 100 Hz.

Furthermore, if a coincidence occurs between the natural frequency of a mechanical part of the plant (whether it is piping, vessels, or support) and an exciting acoustic frequency, mechanical resonance phenomena may occur; these, bringing the system to high vibration amplitudes, represent in most of cases the cause of cyclical fatigue failure.

To avoid these phenomena to occur during the system start up, it is necessary that the design phase is supported both with a proper thermodynamic simulation of the treated gas and with a correct design of the supporting system and plant layout.

Unfortunately, dealing with vibration problems, due to careless or incomplete design engineering, only when the plant and the compressor are installed, almost always requires huge resources in terms of time, investment and production losses.

Therefore, it assumes fundamental importance dealing with the problem of pulsations and vibrations control already from the early stages of detailed engineering, if not even in the phase of preparation of the material requisition.

In this regard, even according to guidelines of the new concept, it is recommended the employment of an expert in this field, who will have the task of analyzing the new installation in the most comprehensive and impartial manner as possible; he must also ensure that the objectives of a state of the art design are followed with respect to efficiency, safety and reliability.

Measurement & Instrumentation, Maintenance
E+E Elektronik‘s moisture in oil transmitters are dedicated for accurate and reliable monitoring of moisture in lubrication, hydraulic and insulation oils. The monitoring allows for condition based predictive maintenance of machines or transformers
Read more

Hannay Reels is the Reel Leader