With improved functionalities and food certification for Europe and USA

The requirements for sensors used in the food industry are high. Hygienic design, high protection rating and robustness are just some of them. The new pressure sensors of the ifm PI1xxx series fulfil these requirements. Among other things, they are certified according to EHEDG and FDA and meet protection rating IP69K, so that daily cleaning with a high-pressure cleaner is no problem. The sensors use a capacitive ceramic measuring element and are therefore extremely robust. Neither abrasive or corrosive media nor vacuum or pressure peaks can harm the sensor element. In addition, the sensor permanently withstands 150°C media temperatures and is thus suitable for many high-temperature applications in the food industry. The media temperature can also be read via IO-Link. The PTFE seal, which is permanently maintenance-free, also contributes to the robustness.

The new pressure sensors, which are available with different measuring ranges from vacuum to 100 bar, now communicate via IO-Link 1.1 and offer a resolution of about 32 bits. This is especially important for applications where differential pressures are measured and thus only a small part of the measuring range can be used. Temperature compensation has also been improved in the new series. In food industry plants, the CIP process in which the installations are cleaned with hot liquids is the standard. If production is to be resumed at low temperatures afterwards, it is important that the sensor functions reliably again as quickly as possible. This has been significantly improved in the new PI1xxx, so that production can restart much faster after cleaning – in many applications this leads to a significant increase in efficiency.

Even seemingly small improvements to the design of a sensor can have a big impact in the application. For example, the vent hole on the new pressure sensor has been offset by 90° and is now located on the side when mounted conventionally. This prevents condensate, for example, from collecting on the membrane of the vent hole and causing soiling or impairing the function. The PI1xxx has also been optimised in terms of user-friendliness: The new operating concept with three pushbuttons makes parameter setting much more convenient and thus also faster.

The pressure sensors of the new PI1xxx series are ideally suited for applications in the food industry – for example in dairies, breweries and many other applications where liquids are used. Pressure measurements in these applications are carried out in tanks as well as in pipes. The numerous improvements of the sensors offer important advantages to the user. 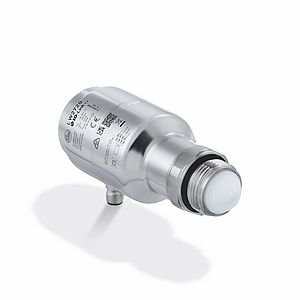 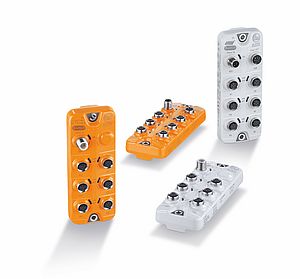 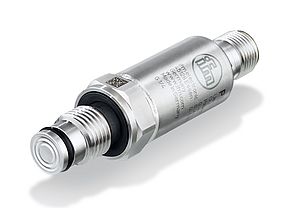 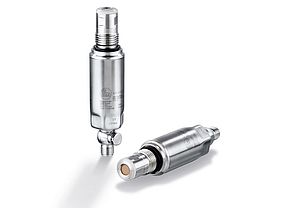 With G 1/2 thread for installation without adapters 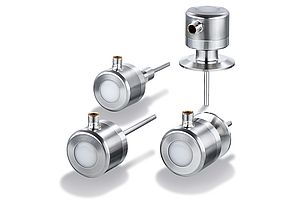 Temperature Sensor Checks Its Own Calibration

Avoidance of temperature drift to reliably ensure quality of production 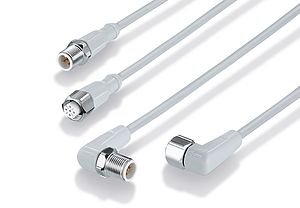 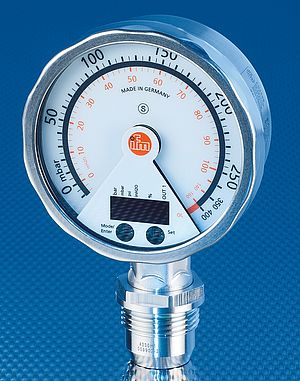 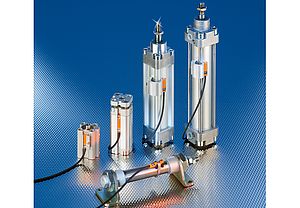 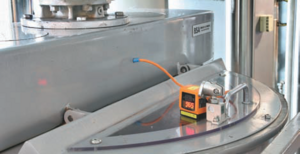 A non-contact laser distance sensor looks into the tank with liquid chocolate through a Perspex window and determines its level.