Reliable Pumping on a Floating Production Storage and Offloading Unit

A rotary lobe, a multi screw and a progressing cavity pump – on a floating production and storage unit on the high seas, optimally solve a range of pumping tasks with displacement pumps from a single source. 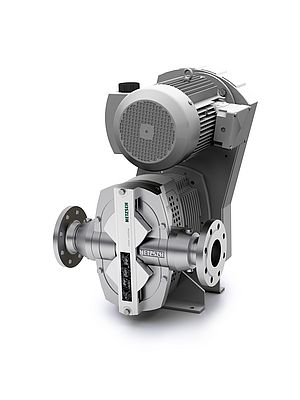 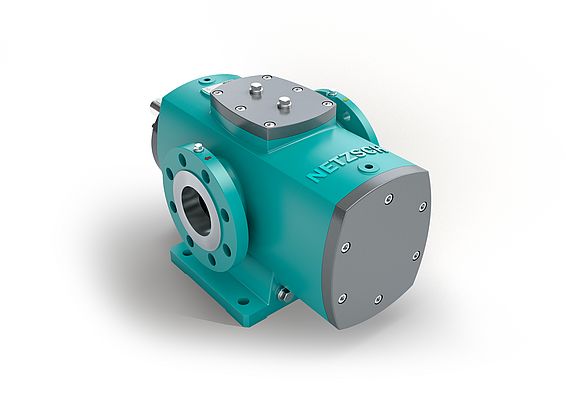 The NEMO comes out top again with its unique wear-resistant FSIP design, which ensures a long service life even when media is loaded with rock particles.

Is the fossil age coming to an end or is mankind in the middle of a renaissance in oil and gas exploration? There is no consensus among politicians or society in general, but economically, however, the situation is very clear: for the time being, industry is still reliant on fossil fuels. The demand for heat and electricity, mobility, plastics and chemicals is increasing worldwide. In times of trade wars and protectionism, it is therefore not surprising that there is renewed investment in the development of new oil fields outside the Arab world as well, especially in Europe and America.

Immense effort is required to access new deposits, as boreholes have to be prepared and created. It can take years of preparation before a new oil field comes online. For offshore wells, oil producers now frequently are opting for a Floating Production, Storage and Offloading Unit (FPSO). The FPSO is flexible and can be used to store, process and load the extracted crude oil or natural gas, as well as for pumping. Particularly for offshore operations, using FPSOs means that expensive pipelines at the point of production are no longer necessary. That means even fields with a short life span or far from the coast can be developed cost-effectively.

In January 2018, one of the world’s largest oil companies decided to deploy just such a flexible production unit off the coast of Great Britain. Once the planned eight boreholes have been drilled, the FPSO will be one of the largest investments the group has made in the British North Sea for decades. Efficient operation is important to the company, especially in view of volatile oil prices, so the company wanted the system to be profitable even at world market prices of less than 40 US dollars per barrel. Up to 45,000 barrels per day will be produced at the new site in the future.

Efficiency is therefore also a priority for the technology used on the platform, both for the primary tasks associated with oil production and for secondary processes such as crude oil processing. The oil company’s partner in charge of engineering and construction therefore turned to NETZSCH Pumps & Systems for the pumping technology. NETZSCH not only has a comprehensive portfolio of technology for pumping liquid media, it also has the required expertise in the oil and gas industry.

“We do especially well in the offshore sector – not least because NETZSCH concentrates its combined knowledge of the industry and its applications in a specialised business field with a global presence,” says Ulrich Eibl, Head of the Oil & Gas Mid-/Downstream global business field at NETZSCH Pumps & Systems in Germany. Ulrich also knows that, on the high seas especially where every repair job comes with enormous costs, customers need very low-maintenance technology that functions simply, is reliable and has long life cycles. “After all, downtime on an FPSO quickly adds up to several million US dollars in losses per day,” the pump expert explains.

Three different types of pumps will operate off the English coast: a rotary lobe, a multi screw and a progressing cavity pump. Each model has been developed perfectly for its specific application. The TORNADO T2 T.Proc rotary lobe pump is used to clean the marine diesel oil. “Since maintaining and cleaning all the components at a remote site such as an FPSO is expensive and time-consuming, the fuel used for the power supply is cleaned in a separator,” Ulrich explains. This keeps engines and tanks clean and makes sure that the fuel is of a consistently high quality – an approach that has proven to be valuable and that also ensures a longer service life for the engines. The T.Proc rotary lobe pumps in all-metal design deliver 6m³ per hour at 285 revolutions per minute against a pressure of 2.3 bar. The pumped diesel oil has a temperature of about 15°C.

This TORNADO version was not only chosen for its space-saving design. Its low-shear pumping technology prevents emulsification of the water droplets, so they can be separated easily, delivering better results at lower cost and therefore providing greater efficiency for separation. Cartridge seals contribute to ease of maintenance, as does the “Full Service in Place” (FSIP) concept, where all parts in contact with the medium are immediately accessible without dismantling any pipework or the drive.

NOTOS multi screw pumps are used around the FPSO ship’s storage tanks. “Safety is of course the top priority for our customers,” says Ulrich. “To prevent even the possibility of an explosive atmosphere developing in the storage tanks for crude oil from the outset, an inert gas is produced from some of the ship’s diesel fuel, which is put on top of the oil in the tanks”. The 3 NS 3-screw pumps, which convey the diesel used to produce the inert gas, therefore have an essential task, Ulrich explains. “It was particularly important to the customer that the unit requires as little maintenance as possible and has as long a service life as possible”. The NOTOS also stands out for its small footprint. Its continuous, almost wear-free pumping technology with almost no pulsation meets the high safety requirements for pumping marine diesel oil – even at high pressures. On the FPSO, the NOTOS units pump 0.9 m³ per hour at 25 bar pressure.

Protection against abrasion, corrosion and H2S

Finally, several NEMO progressing cavity pumps are used in a completely different part of the floating platform. As it is the American Petroleum Institute (API) design, the pump is an extremely robust all-rounder that can be used universally. On the FPSO, the pumps take care of the produced water. “This is not waste water in the traditional sense,” Ulrich explains. “This is in fact reservoir water at a temperature of 50 – 60 °C that comes to the surface together with the crude oil”. The NEMO units pump about 2 m³ per hour against 15 bar pressure at 240 revolutions per minute. Besides oil droplets, the water contains minute rock particles from the formation deep in the seabed, as well as hydrogen sulphide (H2S) and chlorides. For the pump, that means a risk of abrasion and corrosion and, in the event of a leak, it can even mean toxic H2S could be released. The NEMO comes out top again with its unique wear-resistant design, which ensures a long service life even when media is loaded with rock particles.

The double mechanical seal is pressurised to reliably prevent H2S from escaping. “Ultimately, however, what spoke in favour of the NEMO was the fact that its low-shear pumping technology makes it easier to separate the oil and also the sediment,” Ulrich adds. The components are separated in later process steps so that the water can be injected back into the formation without negative environmental impact – which is necessary to maintain the pumping pressure.

“When a pump is operated more than 200 kilometres from the mainland, you just cannot have anything going wrong,” Ulrich emphasises. He is particularly pleased that three types of pumps from his company are being used on the FPSO. “This is us showing what our entire portfolio can achieve under extreme conditions,” says the pump expert.

Pumps, Valves & Compressors, Maintenance
The high-quality, wear-resistant shaft bearing, lubricated for life, and the oil-free synchronizing belt drive get by without any preventative maintenance
Read more

Pumps, Valves & Compressors
Now you can completely maintain the NEMO® Progressive Cavity Pump without removing it from the pipework, without special tools – and in half the time. Ask for our conversion sets or buy into the new FSIP®-modular technology
Read more

Pumps, Valves & Compressors
You save energy thanks to our latest pump technology and clever design. The reduced energy requirement in parallel to increased pump performance lowers the power consumption and so preserves our environment in a sustainable way
Read more

Pumps, Valves & Compressors
As an expert manufacturer of downhole and surface pumps, Netsch produces oilfield pump systems according to highest quality standards. The viscosity of crude oil or its percentage of gas or sand makes no difference to the progressing cavity pumps
Read more

Pumps for sanitary and aseptic products

Pumps, Valves & Compressors
Users can save energy thanks to Netzsch's latest pump technology and clever design. The reduced energy requirement in parallel to increased pump performance lowers the power consumption and so preserves the environment in a sustainable way.
Read more

Pumps, Valves & Compressors
NETZSCH, produces oilfield pump systems for onshore, offshore, upstream or downstream applications. The viscosity of crude oil or its percentage of gas or sand makes no difference to the progressing cavity pumps, and their helical rotor system.
Read more

Pumps, Valves & Compressors
Netzsch's Nemo aseptic pumps for gentle conveyance of sanitary and aseptic products offer flow rates up to 140m³/h and pressures up to 24 bar. The pumps are designed, manufactured and tested according to EHEDG, QHD, 3A and GOST-R standards.
Read more