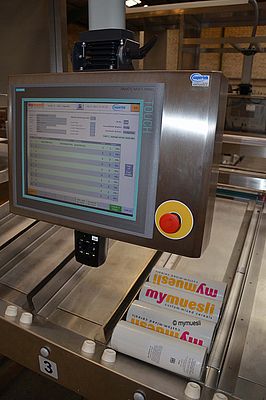 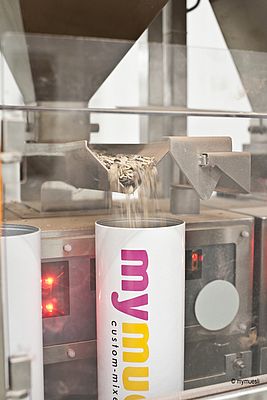 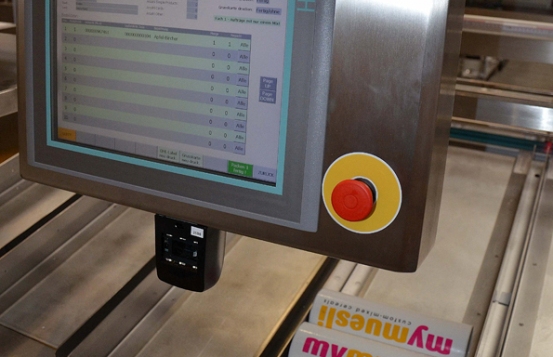 Mixed online and dosed automatically – that is the concept of the first supplier of online muesli. A variety of mueslis ordered by customers online is individually mixed, packaged and shipped. The company needed reliable weighing technology for its dosing solutions.

Mymuesli started operating in the spring of 2007 as the first online service in the world for individual muesli. In the beginning, the ingredients selected by customers were mixed manually. But within just a few years, the company became so successful that the manual mixing process had to be replaced by a modern dosing solution. A growing demand, along with an extended range of available ingredients for the customized muesli, called for automation of the mixing process..

The task: an individual dosing process for “infinite” variety The loss-in-weight application required for the mixing process had to be individually designed and built. This task was performed by Supertek, a machine manufacturing company in Emden, in Northern Germany, which specializes in the construction of filling systems for individual recipes. When creating their muesli online, customers can select from 80 different ingredients made up of basic ingredients, such as cereals and additives, nuts and dried fruits. While this seems to be a manageable number of combinations at first glance, the actual number of possible muesli combinations is a staggering 566 quadrillion!

The different ingredients, such as nuts, cereals, dried fruit, etc. are mixed in more than 80 small loss-in-weight stations as specified by the customer and dispensed into tubs. Each tub weighs 575 grams. But in addition to specifying the contents, customers can also select how much of each ingredient they want and thus determine the individual mixing ratio.

The automatic mixing process is based on a data matrix code, which codes the recipe for each mixture. Each newly ordered mixture travels the entire dosing line along which the individual dosing stations are lined up as a tub filled to a certain degree. At the beginning, the empty tub receives a bar code from which the ordered ingredients can be read by a machine: through this bar code, information as to which component and how much of it is to be filled into the respective tub is detected at the dosing stations.

The solution: fast and reliable thanks to advanced weighing technology Supertek decided to use Siemens weighing technology when it designed the entire dosing process. Each of the 80 dosing stations is equipped with a Simatic S7-200 microcontroller as CPU as well as a Siwarex MS (microscale) weighing module and a five-kilogram load cell for the platform scales. Each of these compact weighing units provides immediate data access to the current weight in the Simatic controller without additional interfaces.

The high-resolution scales are perfectly suited for applications like this in which very precise and fast weighing is important. In the last process step, the final weight of the ordered mixture is measured by legal-for-trade platform scales and documented. A Simatic Touch Panel monitors the dosing process and detects and remedies any problems at an early stage. This is how personal muesli can be ordered comfortably online, produced quickly and delivered within the shortest time.

Conclusion of the customer Philipp Kraiss, one of the managers at mymuesli, is happy with the new system: “The advantage of this automated solution is that we can produce significantly larger quantities in much less time, something which was difficult for us previously, especially with larger orders. Now large orders are not a problem for us any more, regardless of the mixture variants we produce.”