for the brewery industry 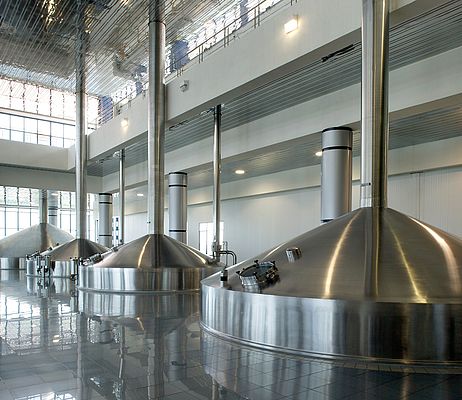 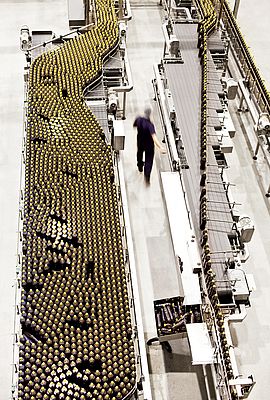 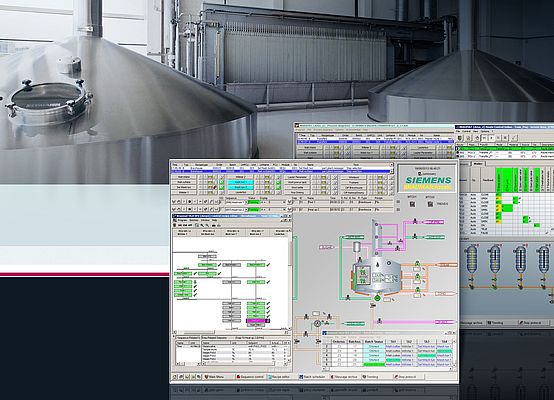 Though beer production experiences growth for years, the brewery industry is finds itself facing a multitude of pressures. Producers explore every possible avenue of process optimization to maintain their market position. A central lever here is the use of modern automation and drive technology.

Beer production has been enjoying a sustained, uninterrupted growth phase over a number of years. According to the Barth Report, worldwide beer production passed the 1.95 billion hectoliter mark in 2012. With the volume of beer brewed in 1996 at just around 1.27 billion hectoliters, this represents an increase of around 50 percent in just 15 years. Despite this ongoing increase in volume, the market is being squeezed by increasing consolidation coupled with ever greater pricing pressure – particularly in the ever more important emerging markets such as China and India. At the same time, the cost of raw materials, water and energy are on the rise. These pressures are forcing the industry’s producers to explore every possible avenue of process optimization in a bid to maintain their market position in the long term. A central lever here is the use of modern automation and drive technology.

This is a field in which Siemens may claim to be one of the world’s key players as a long-standing partner to breweries and beverage manufacturers. Alongside global giants such as ABInBev, SAB Miller, Carlsberg or Coca Cola, its clients also include hundreds of local craft breweries. The partnership which exists between Siemens and the brewery industry goes back a very long way, with entries in the company archives confirming that Siemens components such as electric motors were used in beer production as long ago as the 19th Century. In 1977, Siemens registered the patent for a dedicated control system developed specifically for the brewery industry: Braumat.

A success story with long pedigree
Over 30 years have passed since Braumat was launched. Today, hundreds of breweries around the world use the Siemens system to control the entire beer producing process – whether large-scale breweries with capacity for over 20 million hectoliters per annum or small craft breweries supplying their local markets.

The Braumat recipe for success is founded on a number of proven key ingredients: An optimum overview and clear operator prompting, compliance with all brewery-specific standards and functionalities, as well as high performance and easy scalability. In this way, the complex work flows involved in the production of beer and the different modules are depicted in a clearly and conveniently arranged user interface with full graphic support. All the functionalities and brewery industry standards required by the user are collated in a single process control system, allowing the optimum control of processes and rapid localization and remedy of any occurring faults. The recipe and batch control system complies with the international ANSI/ISAS88.01 standard. Alongside the control and management of cleaning routines, known as Clean-in-Place (CIP) loops, the route control system permits simple interlinking of all route systems within the beer production process and is redundant in design. Extensive engineering and test tools provide the necessary transparency and assist operators and technicians in every area of production, maintenance and service. The network link permits changes and additions from any operator station without interrupting production. As for scalability, a Braumat system can be upgraded step by step to create an extensive and complex large-scale installation.

The system has been continuously improved over the years and adjusted in line with changing technical requirements. While the first Braumat versions worked using Simatic S-5 type controls, 1993 saw a changeover to the use of industrial PCs as a technical platform. Since version 4.0 was introduced, the system has also supported Simatic S-7 controls. With the further development of Braumat to Versions 6.0 and higher from 2011, the system familiar to craft and industrial brewers the world over underwent a fundamental modernization process. Today, Braumat also runs on industrial PCs with Windows 7 (32 and 64 bit), and production data can be archived on an SQL server. Braumat is also equipped with interfaces to the Simatic IT MES and supports the virtualization of IOS clients.

Automation and drive system consistency
But this is only a small part of the Siemens portfolio for brewers: As in all sectors of industry, the comprehensive portfolio of automation and drive solutions forms a solid foundation on which breweries can build their own successful and economical beer production. Alongside controls and industrial PCs, the Siemens offering includes field devices, measuring instruments and drives. The same underlying principle applies to all its products: They are capable of seamless integration into existing infrastructures, are based on proven quality standards, and all speak the same common language.

Fundamentally, the automation of individual process steps is no longer sufficient to secure a competitive or cost advantage. Efficiency and productivity can only be achieved using seamlessly automated production processes. Siemens is better placed than any other supplier to provide all the decisive systems and components needed for truly consistent automation, from goods inward through the processing and production departments to goods outward. Totally Integrated Automation (TIA), a unique overall concept and performance spectrum for automation, allows breweries and plant engineering companies to implement the required degree of end-to-end consistency. The broad performance spectrum on offer starts with building automation and energy management using MES through to maintenance and servicing.

Bottling and packaging are an area in which high-performance, fully integrated automation can make an enormous difference. As beer and non-alcoholic beverage bottling and packaging entail high costs, Siemens is highly sought after as a technology partner in this area. Responsible for driving up costs in this field are primarily insular solutions. It was to avoid the use of this type of solution that Siemens developed its Optimized Packaging Line (OPL) concept. Developed specifically for filling and packaging lines, OPL ensures the consistent standardization and integration of individual process steps, bringing about cost savings right along the line. Investment costs are reduced due to the speed and simplicity with which solutions can be integrated on the basis of OPL. At the same time, OPL plants permit significantly simpler scaling and can also cut the costs associated with training, operation and maintenance.

Controller for Radar and Ultrasonic Transmitters