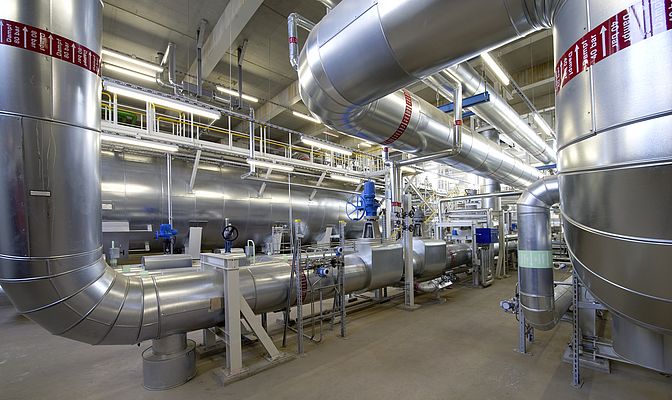 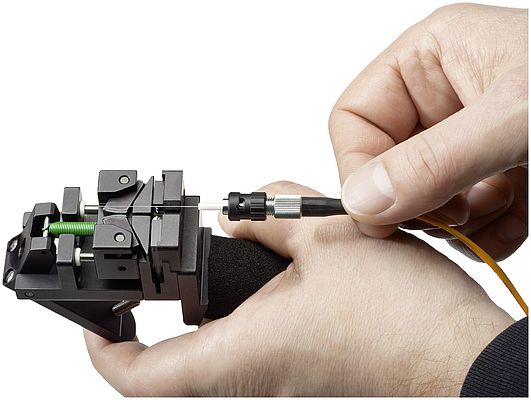 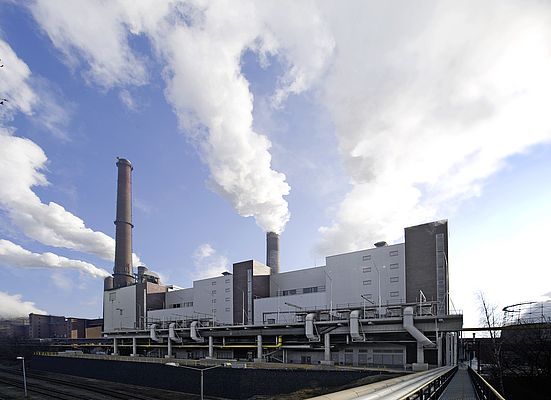 When the Salzgitter Flachstahl GmbH decided to expand its somewhat outdated power plant with two new thermal power plant units, it chose a technology, which would operate without any ifs and buts – around the clock, 365 days a year.

The power plant at Salzgitter Flachstahl GmbH has been in operation since the late 1930's. The network command center today uses modern large-screen displays and the processes are controlled by mouse click. Right next to the existing plants a modern functional building envelops two highly efficient power generating units with a total capacity of around 220MW of electricity.

Salzgitter Flachstahl generates much of this primary energy from byproduct gases. They consistently use their own fuel resources to cover a substantial portion of the electrical energy demand. Process steam for various production processes is also generated in the boilers of the two power plant units. The power plant at Salzgitter AG is mainly for its own energy supply, but it is also connected to the public power supply network.

Availability at the highest level
The plant is in operation around the clock, 365 days a year. The close intertwining of the power plant and the steel production process requires the highest possible availability. A shutdown of the plant would have a direct impact on blast furnaces, coke oven and steel works and would cause considerable damage and high costs. Due to the interconnection with the power grid and the district heating, the power plant is also subject to clearly defined requirements in terms of its availability and reliability – issues that in turn very much affect the configuration of the control system and automation technology. Planned and implemented by the Siemens Solution Partner, Elpro, from Berlin, unconditional maintenance of the processes was the top priority in the design. Unplanned shutdown of the power plant had to be virtually eliminated and a technical fault in the controller could not lead to failure of the entire system.

The basic principle is first to divide the entire control and automation technology in an automation level and a visualization level. The two generating units run in isolation. The effects of technical failures on the whole system are thus restricted to an absolute minimum.

Functional safety is top priority
The power plant consists of two blocks, each with its own Simatic PCS 7 control system, and auxiliary plants that are not assigned to any block – also with their own Simatic PCS 7 control systems. For reasons of safety and the desire of the power plant operator to operate each block independently, there is no data communication between the blocks via bus, only on the hardware level.

Connected to the system bus are six fault-tolerant Simatic S7-417FH controllers for the various functional areas of the plant, for example cooling towers, steam generation, plant balance (water cycle), and the turbines and the burner control. They are each connected in redundant pairs, and also communicate with redundant ET200M I/O units from the numerous drive, valve, meter and sensor locations.

Absolute process transparency
Each of the three system busses in ring structure (block 1, block 2, and auxiliary plants) is connected to two redundantly operating PCS 7 servers. There are also two engineering stations for each block, an engineering station for the auxiliary plants, and several PCS 7 operator station clients (OS clients). The servers are the link between the automation and visualization levels. Each of these is also based on a ring bus (terminal bus) for the power plant blocks and another for the common auxiliary plants.

The terminal busses are used to provide the HMI stations (OS clients) with the current process data, alarms and trend displays. The focus is on the large screen display in the control room, where all relevant process parameters are graphically displayed. In addition, next to the workplace of the shift master, there are three operator stations for the power plant blocks, and the control of process steam and district heating.

The OS clients have multi-screening capabilities and therefore enable operation per mouse spanning several monitors. With five workstations with twelve screens per block, sufficient redundancy is in place to survive failure without damage.

Another advantage of the PCS 7 solution is that maintenance and servicing can be performed by in-house employees. Unlike previous solutions, outside specialists are no longer needed. This means that the staff on-site can react immediately if failure occurs. The system can also be flexibly expanded.

Easy, efficient, FastConnect
Fully automatic operation of a power plant, of course, requires a huge number of sensors, valves, actuators, controllers and servers linked by a comprehensive communications infrastructure. The solution relies upon Profibus networking and a topology that is composed of multiple cable harnesses, some with a redundant design. In order to achieve the highest possible protection against electromagnetic interference, which is especially likely to occur in power plants, many connections were realized with fiber optics that can be used to bridge large distances.

The fiber optic FastConnect FO is a sophisticated system for the rapid assembly of networks from Ethernet to fieldbus enables easy and efficient assembly of each cable on the spot. To achieve this, FastConnect combines standardized connectors with special cables, which can be assembled in no time using a so-called Termination Kit – a proprietary stripper. Consistent color-coding ensures clarity and reduces the risk of wiring errors.

FastConnect drastically reduces the planning costs for the power plant. In the past, such a project required numerous different pre-assembled cables. A FastConnect network only consists of a few items, such as cables, connectors and couplers.

Project delays and costly replacement due to incorrect cable lengths are things of the past – just like a confusing control panel with extra-long cables. Even if an error occurs, with the help of the assembly tool, a cable can be repaired or a line easily extended using the assembly tool. This is another big advantage. FastConnect fits easily to any device with a standardized fiber optics connection. In addition, new types of fiber optic cables are used with FastConnect. They allow distances of up to three kilometers to be easily bridged.

Successful arrival of the new generation
The new power plant at Salzgitter Flachstahl GmbH is not only technically a giant step forward, it also makes a lasting contribution to reducing pollution. Salzgitter's electronics project manager, Stefan Meissner, is therefore extremely pleased with the outcome. "Today we produce more electricity and process steam with the same amount of fuel."

He seems similarly satisfied with the decision to select PCS 7 for the control and automation technology: "The PCS 7 solution not only relies on common industry standards, which gives us a high degree of flexibility and future proofing. It also gives us the freedom to develop planned expansions ourselves and to integrate them seamlessly into the existing system."

The two new generating blocks are fully integrated in the various process cycles from the fuel supply to the energy supply in the form of electricity, condensate and process steam. Salzgitter Flachstahl has thus realized a power plant with high efficiency, which sustainably meets its own demands and provides heat for the local district – a solution that ultimately became possible only by automation technology that enables seamless interaction of all components, while supporting maximum availability and operational safety.